The man who measured poverty

Charles Booth was one of a long line of Victorians fascinated by London life, and one of the few to change it 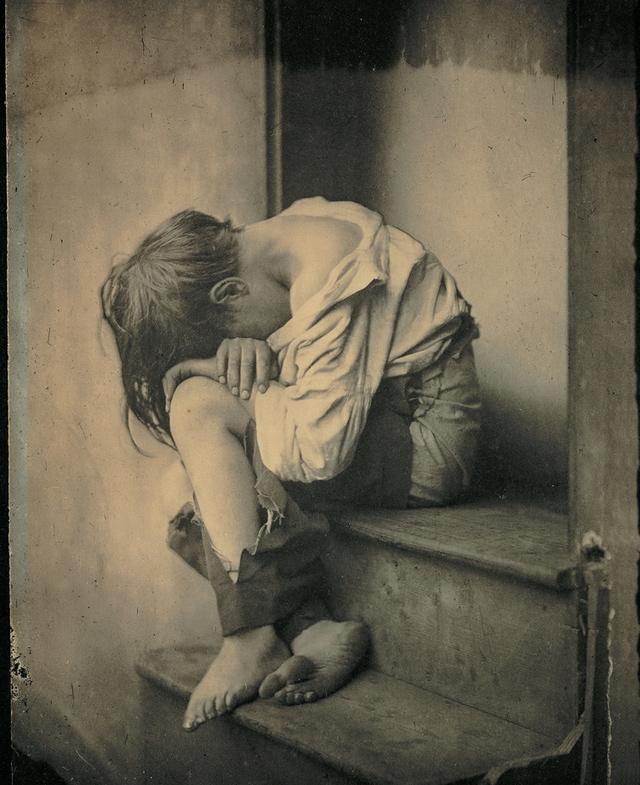 The man who measured poverty

Charles Booth was one of a long line of Victorians fascinated by London life, and one of the few to change it

What does poverty look like? What is old age? It’s not unusual to ask such questions today in a world where planned economies grapple with the implications of demographic change. But 150 years ago in Victorian London, it hadn’t occurred to anyone that such questions were sensible, let alone answerable.

It took Henry Mayhew and Charles Dickens to highlight the squalid living conditions of poor city dwellers. Mayhew’s collection of articles, London Labour and the London Poor (1851) was revelatory in the richness of its detail. Earnings and working conditions were documented for almost every street and job in the capital.

Among the better off, the urban poor were pitied or scorned as society’s work shy cast-offs, unwilling to better themselves through hard work. But Mayhew unveiled a world of desperation where the jobs available were insufficient to feed a family. In his novel Hard Times, Dickens reinforced a growing sentiment that something must be done to help people who could barely scrape a living.

Before this, liberals and reformers had concentrated on improving the lot of the laborer. A succession of Acts in the mid-19th century regulated the employment of children and set down parameters for the working day. But beyond the workhouse, there was little provision for the unemployed or the aged. It took the dedication of one man, focusing on in-depth interviewing and statistical analysis, to piece together a body of evidence that provided a framework for the foundation of the welfare state.

His name was Charles Booth, a Liverpool-born shipping magnate. Booth grew up in a society that attributed a semi-criminal status to poverty, blaming fecklessness, drinking and profligate behavior. Work was perceived by influential Victorians such as Thomas Carlyle as a divine mission. “All true work is sacred,” said Carlyle, building on the work ethic of Protestantism, which had supplanted the Roman Catholic faith across northern Europe.

Victorians on both sides of the Atlantic were persuaded by the doctrine of self-help espoused in the US by Ralph Waldo Emerson and in the UK by Samuel Smiles. The understanding was that people had it in themselves to improve their lives and that there was no excuse for a failure in self-improvement.

THE SEEDS OF POVERTY

Booth did not believe that people became poor through idleness, or that they eschewed work, as the Utilitarian Jeremy Bentham argued, because leisure was more attractive. But Booth was motivated less by philanthropic ideals and more by the feeling, common to many at the time, that the state needed to head off the growing popularity and militancy of socialism.

Nowhere was this more acute than in the newly united Germany of Otto von Bismarck. Bismarck’s Germany had pioneered the modern welfare state, introducing old-age pensions, medical care and unemployment insurance. Booth, too, was alarmed by the rise in socialism and his move from shipping entrepreneur to social researcher had been prompted by his disbelief in the findings of a report, published by the Social Democratic Federation, that claimed a quarter of all Londoners lived in extreme poverty.

Booth set out to prove the report wrong, launching the Board of Statistical Research to oversee an inquiry into living conditions among Londoners. The scale of the inquiry was jaw-dropping, covering London’s population at the time of 4 million. Booth did much surveying and interviewing himself, a task that spanned 17 years, while running his shipping company.

To make sense of his findings, he used a statistical concept that he hoped would help define poverty. This was the “poverty line” that he set at between 18 and 20 shillings a week for a moderately poor family. The very poor, he said, would fall below this standard due to chronic irregularity of work, sickness or the demands of a large number of young children.

Alan Gillie, an academic who has researched the origins of the phrase, says there is evidence to believe Booth drew the standard from the London School Board, which, like many school boards at the time, had introduced various forms of means testing to establish whether parents could pay for their children’s education. In fact, Booth never used the phrase, but it has been popularly attributed to him.

The idea that there was a line below which you were poor and above which you were not, provided relative comparisons to the notion of poverty. It gave a new focus to poverty and an understanding that it was less about individual circumstances and more about the structure of society.

More alarming for the British Government, the findings of Booth showed that the Social Democratic Federation report that had led to his inquiry had, by his definitions, underestimated poverty in London. His research, Life and Labour of the People in London (1889), revealed that more than 30% of Londoners were living in poverty. Booth’s work went further than simply establishing a poverty line; it helped to disabuse the public perception that drink was a significant cause of poverty. While there was a correlation between poverty and drinking, he suggested that poverty was more likely a cause of excessive drinking, rather than the result of it.

Above all others, one factor stood out as the prime cause of poverty, and that was old age. People who had become too old to work were left with no financial means to support themselves. In the London Borough of Stepney alone, 32% of poverty could be attributed to old age.

The findings led Booth to campaign for an old-age pension and an end to the workhouses. The elderly, he said, belonged in the community with their families, where they could still do useful work such as gardening or baby minding. His conclusions were not popular. When he addressed the Royal Statistical Society, his presentation was received in silence. The Charity Organisation Society, which represented a philanthropic approach to helping the poor, described his scheme as “outrageous.”

But David Lloyd George was sympathetic and in, as Chancellor of the Exchequer, introduced the Old Age Pensions Act, which provided a state pension of five shillings a week for all men and women who incomes of less than £21 a year and who had reached the age of 70.

Life expectancy at that time was 47 years for a man and 50 for a woman. Only one in four people reached the age of 70. Those who did could expect to live another nine years. A third of all deaths at this time were among the under-fives, and much of the high child mortality was related to poverty.

By this time, other governments in addition to the Germans were beginning to embrace the idea of retirement, another alien concept for much of the previous century. For much of the 19th century, western nations struggled to integrate industrialism with lifestyles, particularly those of the working class. Labor was seen as little more than a utility, another source of wealth.

Before Marx and Engels, the idea of workers’ rights, even holidays, had been slow to develop. The poverty line was an important addition to welfare capitalism. It led to greater understanding of the balance between wages, spending and leisure that would feed in to 20th-century supply-side economic theory. Charles Booth did not invent the poverty line, but he put it on the economic map.

This article was first published on PROJECT M on October 27.

Why did a man famous for his iron grip on European politics become the creator of the first state pension? The answer is a love for the state as much as its workers

Have we averted the old age crisis?

In, the World Bank issued a landmark report that pension arrangements in many countries were unsustainable. Two decades later, one of the authors asks if enough has been done to avert an old age crisis