Extending retirement entry age is a commonly prescribed nostrum to make pension schemes more sustainable. Yet what drives the decision of workers to retire when they do? 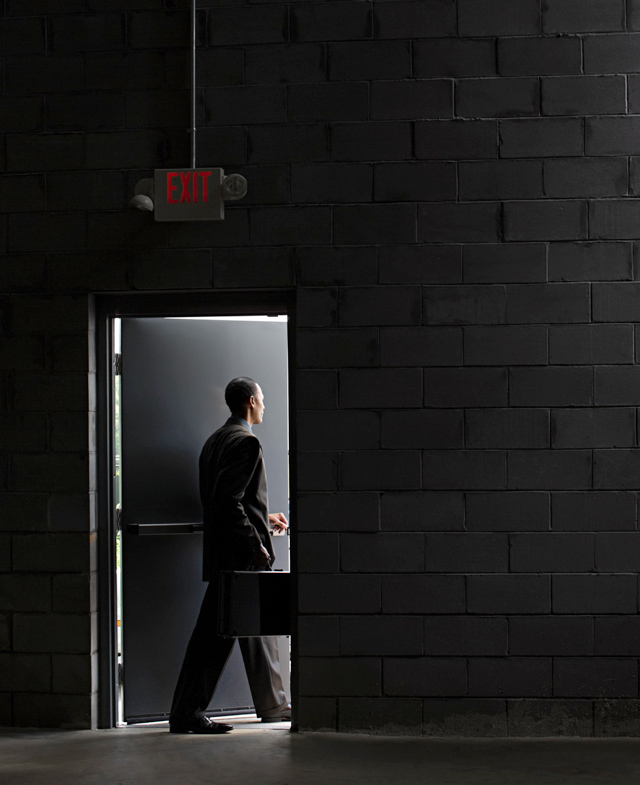 Extending retirement entry age is a commonly prescribed nostrum to make pension schemes more sustainable. Yet what drives the decision of workers to retire when they do?

What workers do in their final years before retirement is crucial to their private retirement finances, and also to the state coffers. To reduce the financial pressure on state pensions, policymakers often seek to extend working lives by raising the retirement entry age.

The message seems to have reached the audience. When asked whether they will retire at age 65, before or after, most Americans (37%) answer “over 65”, according to Gallup’s Economy and personal finance survey.

Yet life rarely follows a schedule. In the Health and retirement study’s initial cohort (born –), 41% of those working at age 58 retired earlier than they were planning. The question is why.

According to the Employee Benefit Research Institute survey, about half of retirees reported having to leave the workforce earlier than planned primarily due to health issues (61%). Caring for a spouse or other family member with health issues (18%) also ranked high as did work-related troubles such as downsizing or changes in the skills needed to carry out their jobs (25%).

Geoffrey Sanzenbacher agrees. Health is the most important factor in earlier-than-planned retirement, followed by involuntary job loss and changes in the family such as a spouse’s retirement, Sanzenbacher, Alicia Munnell and Matthew S. Rutledge (all Boston College) write in their paper What causes workers to retire before they plan?

“Researchers often control for whether or not a worker is in a blue-collar job, assuming that less-physical, white-collar occupations allow for longer careers,” Sanzenbacher told PROJECT M. “But this ignores the fact that even white-collar workers may find themselves relying on skills that have declined.” As an example, he points to pilots losing their eyesight or dentists losing fine motor skills. 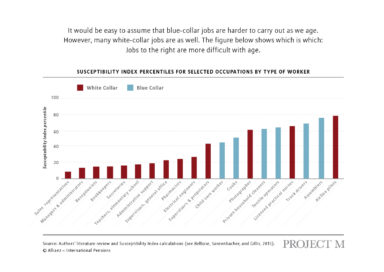 Together with Anek Belbase, Sanzenbacher constructed a “susceptibility index” that reflects how prone an occupation is to declines in ability, regardless of whether the occupation relies on physical abilities (blue collar) or cognitive challenges (white collar). Once the index is factored into early retirement and disability entry regressions, the commonly used variable of blue- or white-collar is not statistically significant. “This indicates that it is not so much whether a job is blue- or white-collar, but whether or not the job uses abilities that decline over a worker’s life. It just so happens that blue-collar jobs, which are typically more physically demanding, are more likely to fall into this category,” he explains.

Sanzenbacher cautions that the type of occupation is not the only thing that determines a worker’s ability to work longer. “Some workers, through luck and lifestyle, will not experience a significant decline in ability relative to their job requirements.” Active people in their 60s have as much stamina as inactive people in their 30s. Firefighters, for instance, are unlikely to experience declines with age that might be common for less active individuals. A sedentary job, however, can contribute to many long-term illnesses like diabetes and heart disease.

DO WHAT YOU WANT – AND WORK LONGER

For those workers fortunate enough to actively decide when to retire, what role do job characteristics, job satisfaction and personality traits play on their decision to stay in the workforce?

Compensation and financial incentives will certainly come to mind. However, there are other work-related factors that can affect individual retirement decisions. Specifically, job characteristics such as autonomy, skill variety, task significance and difficulty, stress and physical demands, peer pressure and relations with co-workers play a crucial role in determining the psychological commitment to work at older ages.

Personality traits also play a role. In the study Labor force transitions at older ages: the roles of work environment and personality, Marco Angrisani, an economist at the University of Southern California, and his co-authors report, “We found that being open to experiences plays a significant role in older people deciding to stay in the workplace.” Somewhat surprisingly, the study found that conscientiousness has a low impact on labor force transitions.

Another common measure to salvage state pension schemes from issues of unsustainability, besides increasing the retirement age, is lowering benefits. However, a recent study (Evaluating the impact of social security benefits on health outcomes among the elderly) establishes that higher benefits improve mental health and cognitive abilities. “Our findings suggest that changes to Social Security benefits have important implications on the health and well-being of the elderly,” Padmaja Ayyagari (University of Iowa) told PROJECT M.

Depression, for example, is strongly associated with low income and is often more severe among persons with disabilities. A higher income could improve health through less financial strain, better access to healthcare and more beneficial living arrangements.

Aging: a surprise winner in the cognitive race

Much like Aesop’s fable about the tortoise and the hare, new research into aging shows that slow and steady wins the cognitive race

Demographic challenges and volatile markets mean guarantees are becoming scarcer. The path to an adequate income in retirement must be reconsidered