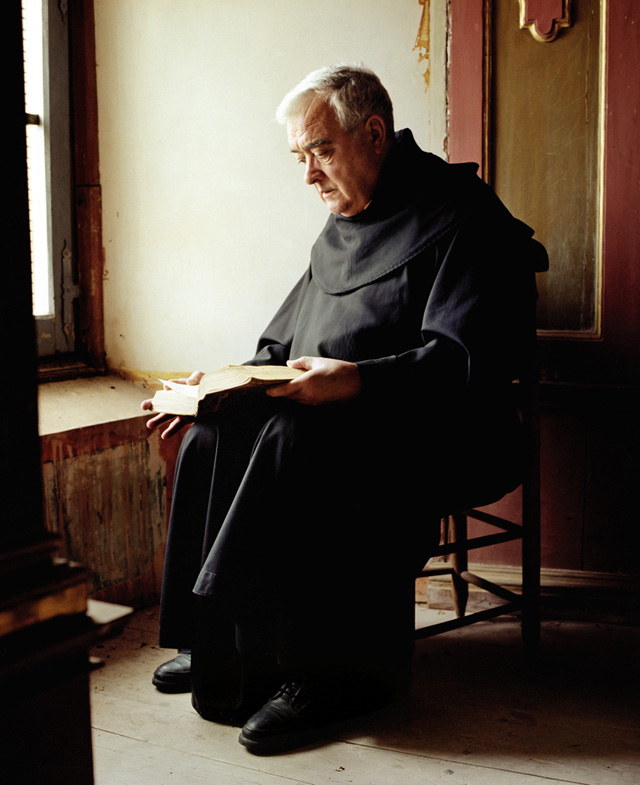 Women outlive men in all but six countries, and these are among the most impoverished and destitute on Earth, according to the United Nations Development Programme. Yet, the shorter male life span is no reason to pity men.

“It is not that women live longer. It’s about men dying earlier,” explains Marc Luy, a soft- spoken researcher from the Vienna Institute of Demography and author of the ‘Cloister Study.’

The debate about gender life-expectancy dates to the mid-18th century when the female edge in longevity first became known. Since then, arguments about the reasons have fallen into two broad camps. The causes for male excess mortality were assumed to be either biological or environmental. Luy’s study of nuns and monks living in cloisters shows that lifestyle and environment seem to influence life expectancies of men and women stronger than biological factors.

Luy has not been the first demographer to look at cloistered populations. French mathematician Antoine Deparcieux published his ‘Essay on the Probabilities of the Duration of Human Life,’ based on data from religious communities as early as 1746.

Father Francis C. Madigan studied monks’ and nuns’ data in the United States between and. He concluded that biological factors are more important to life expectancy than sociocultural and economic factors. While the cloister study suggests the opposite, Luy stresses the importance of biological factors. Prenatal losses and infant mortality cannot be attributed to behavior.

The 42-year-old head of a research group on health and mortality has been fascinated with this issue since his student days. At university, he learned that women in post-war Germany live up to six years longer than men. The gap is even greater in the United States, England and Wales. This puzzled him, and the phenomenon became his master’s thesis.

“I was trying to conceive of an experiment to study the causes for earlier male mortality when – thanks to my mother, who taught at a monastery’s boarding school – I realized such experiments have been conducted for thousands of years – in cloisters,” he recalls.

“There, populations of monks and nuns live under similar conditions, so they provide a near-perfect sample to try to understand the biological versus environmental factors in life expectancy.”

For his cloister study, Luy collected data on 11,624 monks and nuns from 12 monasteries in southern Germany, covering a period of more than four centuries up until. Among the sources was the ‘profession book,’ which lists all members, their life stories as well as cause of death.

In ‘Causes of Male Excess Mortality: Insights from Cloistered Populations’* and subsequent publications, Luy clearly shows that monks and women experienced similar increases in life expectancy until the (see graph). At the time, a typical 25-year-old woman and similar- aged nun could look forward to 51 more years of life. In comparison, a 25-year-old male could only expect 45-46 more years on average. However, monks could expect up to 50 years, five more than the general male population. “That was a spectacular result,” Luy says of his findings. “It shows gender-specific differences in life expectancy can be reduced from six years to one or less when lifestyles are harmonized. In the end, biological factors seem to account for no more than a year in life expectancy between men and women.”

THE BENEFITS OF CLOISTER LIFE

In short, the study shows life expectancy is not so much influenced by gender but by lifestyle. Men simply bear the consequences of their riskier lifestyle, but many of these factors can be influenced if men desire to live longer.

“While not all components of a long and healthy life can be controlled by the individual, much of our life expectancy is affected by man-made circumstances. These include social, political, economic, demographic and behavioral factors such as a stressful work environment or smoking,” sums up Luy.

When he presented his findings, monks often attributed their long lives to a regular daily routine. “Many also pointed to a smooth transition into old age,” Luy comments. Ongoing responsibilities were often considered beneficial by elder monks.

Abbot President Jeremias Schröder agrees. “In St. Ottilien, a brother’s 65th birthday, traditionally the official retirement entry age in many countries, is celebrated like any other birthday.” The Benedictine community of 100 brothers, nestled into the rolling hills of Bavaria, is one of the monasteries that provided data for Luy’s study.

“Retaining a degree of responsibility in old age is visibly beneficial to the elderly members of our monastery. It often leads to healthier and more-active aging,” Schroeder says. St. Ottilien has no retirement phase in the worldly sense of the word. Instead, a change of tasks is discussed between the brother and the archabbot.

The fact that nonworking monks continue to be included in the community likely adds to their well-being. While they pay into the German state pension system, benefits go directly to the monastery and the individual member is fed and clothed regardless of how much he works. The monastery also maintains a care unit for those too weak to take care of themselves.

“We have no private property,” says Schroeder. “Elder brothers contribute to the community to the best of their abilities, and if that decreases in old age, so be it. As a collective, we care for each other from the time of entry until the end.”

Curiously, official data shows that the gender mortality gap appears to be closing since the early. It is not so much that men are narrowing the gap, but that women in the general population are adopting the more harmful male way of life.

“More women have been entering the workforce, experiencing the stress that can come with professional jobs and taking up the habits men use to cope, such as drinking and smoking more. This is reflected in the data, and the effects can be clearly seen in the trends.”

The cloister study is now extended to health. “We know that it is not biological factors that primarily influence longevity.” To find the key to aging healthily, Luy now works to understand the factors influencing the years spent in good or bad health.

St. Ottilien is not exactly buzzing with activity but don’t be mistaken: work is a key element in the Order of St. Benedict. Time given by God should not be wasted but used in his service

The point at which academic theory meets political reality could be seen in the tears in Elsa Fornero’s eyes. The IMF believes the reforms she implemented have made Italy’s pension system one of the world’s strongest

Women typically marry older men and live for longer. Are widows destined to be poor and lonely?