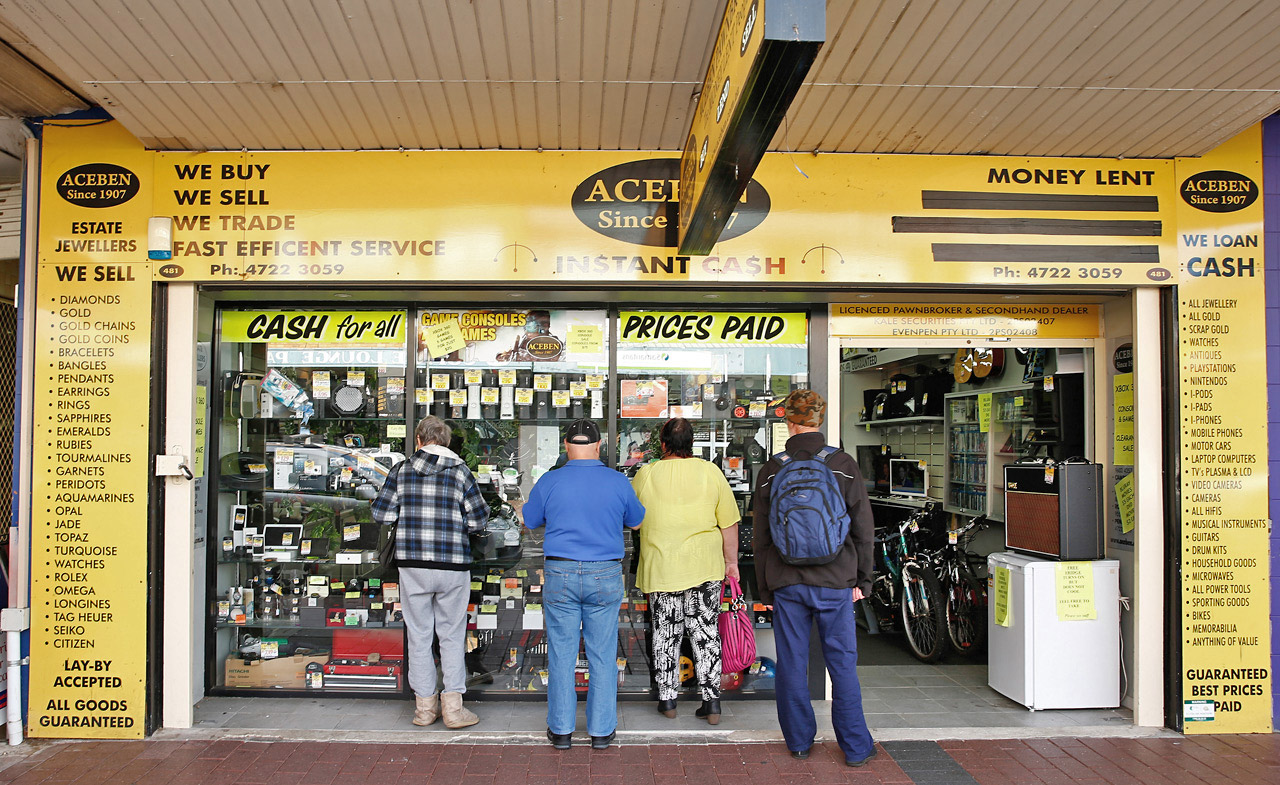 “I wrote them a check for £36 billion ($48 billion),” King told the Edinburgh International Book Festival  this August. “We couldn’t have the banking system collapsing.” He then asked the Edinburgh-based bankers what security they were offering. “‘It’s some mortgages,’ they said. But whose mortgages? ‘We haven’t any idea!’”

Some of the assembled booklovers laughed, others winced.

Here was the banking crisis in microcosm: confident that low interest rates meant asset prices would continue rising, bankers raided cash reserves and borrowed heavily to gamble on asset-backed derivates they did not fully understand.  They were “too big to fail,” so they took bigger risks, certain that if things turned sour they would be bailed out by the lender of last resort.

“The very sector that had espoused the merits of market discipline was allowed to carry on only by dint of taxpayer support,” King writes in The End of Alchemy. There he explains how banks’ shifting focus from managing loans to trading securities led to excessive risk-taking encouraged by “the toxic nexus between limited liability, deposit insurance and the lender of last resort.” Banks financed themselves with “too little equity and held too few liquid assets” to absorb losses, meanwhile ethical standards eroded.

THE SONG REMAINS THE SAME

The scandal is that nothing fundamental has changed. King paraphrases Churchill: “Never in the field of financial endeavor had so much been owed by so few to so many – and with so little radical reform … The alchemy of our banking system remains.”

That alchemy – banks pretend they have enough assets to cover liabilities while enjoying implicit public subsidies, and pretend short-term deposits can safely finance risky long-term investments  – must end, says King, or else “another crisis is certain.”

The American approach is inadequate. “The central bank just throws money at the problem. You can see that in the memoirs of Ben Bernanke and Tim Geithner,” he said. “You wait for the crisis, lend as much money to the banks as you possibly can, eventually the banks will pay it back, things go back to normal.”

A PAWNBROKER FOR ALL SEASONS

King’s alternative cure is preventative medicine. First, instead of being the lender of last resort, the central bank should be a “pawnbroker for all seasons.” In normal times, banks would present their loan books as collateral. The central bank would evaluate them and agree that in a crisis during the next 3-5 years it would lend a percentage of the current value of the assets – the “haircut”’ would be at least 25-30%, much higher for complex assets.

“The bank is told it must bring enough of this collateral to get a line of credit that could cover all its liabilities. Once you have that, everyone knows there won’t be a bank run,” he explained. New banking regulations would compel banks to hold enough collateral and liquid assets to exceed all liabilities.

“I don’t want to stop banks borrowing short to lend long but I want to constrain the extent to which they can do it,” King explained. “The rule would act as a form of mandatory insurance. The government has to give catastrophe insurance to the banking system but it also has to make sure the banks pay an insurance premium.”

Second, banks must issue more equity finance to shore up their capacity to absorb losses. King suggested a minimum ratio of equity to total assets of 10%, compared with the 3-5% common today. This would mitigate the risks from the write-downs of overvalued assets.

“All major economies have invested in the wrong things,” he explained. “China and Germany overinvested in the export sector. The US overinvested in housing, the UK in commercial property. Loans made to finance those assets have been overvalued and we will be forced to write them down.”

King said his reforms would radically simplify banking regulations, effectively replacing many capital and liquidity regulations. He envisages them being introduced incrementally over 10-20 years.

In fact, King writes that the Bank of England is already acting and had by spring encouraged banks to preposition £469 billion of assets as collateral. The average haircut was 33%.

By contrast, King said, the euro zone area has done little, leaving the banking system very fragile. Likewise the Chinese financial system is prone to defaults, with the IMF reporting that half of the shadow banking sector is in serious financial difficulty.

In his book, King describes his ideas as “a tax on the degree of alchemy in our financial system” arguing that much of the political and social fury over bank bailouts could have been avoided if people knew banks had been paying their dues.

His critique of banking notwithstanding, King defended individual bankers, who he said were trapped in a prisoner’s dilemma best articulated by Chuck Prince, then CEO of Citigroup.

“He said: ‘while the music is playing we have got to go on dancing.’ It was a perfectly sensible response. If he had said five years earlier we will not trade these instruments because they are too risky, he would have made lower profits than his competitors and he would have been fired.”

For King the financial crisis was less a failing of individuals than a failure of ideas.  “Even if you put a lot of people into prison it wouldn’t prevent another crisis occurring,” he said.

Some in the Edinburgh audience, undoubtedly RBS shareholders, seemed to welcome the thought of bankers behind bars. Under King’s proposed system that would have been unlikely, but at least RBS executives would have known whose mortgages they were hocking and what they were really worth.