A recent book celebrates one of the greatest inventions of the 20th century – but how relevant does it remain today? 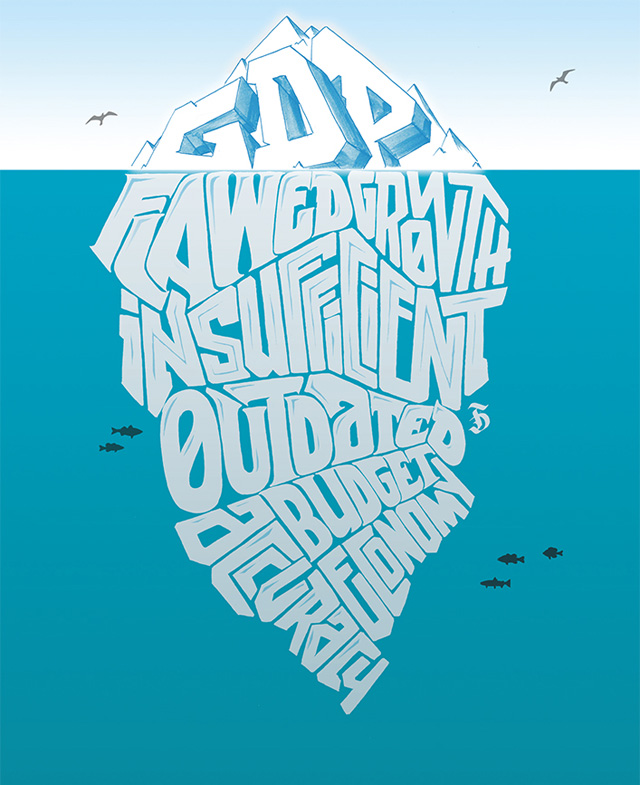 A recent book celebrates one of the greatest inventions of the 20th century – but how relevant does it remain today?

There is a three-letter acronym that influences your world to a surprising extent. It can determine whether you’ll receive a bonus, if you remain employed or even if a job exists in the first place. Although an abstract notion, it can have real long-term effects on your family and country. It even has the power to bring down governments and change the course of history.

The acronym is, of course, GDP – gross domestic product: the figure used to compare countries’ economic performance. Diane Coyle, a University of Manchester economist and former advisor to the UK Treasury, has explored the history of this all-powerful measure in her book GDP: A Brief But Affectionate History .

She traces the origins of GDP back to the early days of national accounting in the 17th century, when British officials struggled to gain an idea of the income and expenditure of the population to assess the country’s capacity to fight its many wars. Fast-forward to the Great Depression of the and the second world war.  The first steps towards GDP came as governments desperately demanded statistics to help figure out how to escape the nightmare of an unprecedented economic slump. During the second world war, those early calculations were further developed as governments raced to determine what could be produced with available resources during the conflict.

In the postwar era, real GDP growth became a key benchmark in assessing the Marshall Plan for the reconstruction of Europe. Since then, GDP has placed a macro stranglehold on economic policy, even as the concept itself has become ever more complex to calculate.

FLAWS IN THE MEASUREMENT

Given that it appears constantly in the news, business and politics, could we be too preoccupied with GDP? “Yes,” answers Coyle, a sparrow-sized woman with a spiky, bird-nest hairstyle. “Is GDP 0.4% or 0.6%? This can have significant consequences, but actually it doesn’t matter, as both are within the margin of error and the real number could be twice that or even zero, we just don’t know.”

More importantly, she argues, GDP cannot indicate well-being, but is continually being used to do so. “At the minimum, you’d want to look at GDP per capita to assess distribution,” Coyle explains. “We know in this recent recovery most people haven’t seen any increase in their real incomes at all; they’ve actually been going down.

“To understand well-being, you’d want to look at things that aren’t measured well in GDP, including sustainability indicators, environmental indicators, what’s happening in terms of government debt and the tax burden that implies for our children and grandchildren.”

Coyle – who is also vice-chair of the BBC Trust, the governing body of the BBC, and head of Enlightenment Economics – has created an elegant insight into GDP, including how and why it is compiled, what it counts and fails to count. She also introduces intriguing asides such as why the US economy increased in size by 3% one day in and how Ghana’s ballooned by 60% overnight.

GDP played an interesting role in the career of Margaret Thatcher. Unrevised economic data indicated a crisis in that didn’t actually exist, but caused the then Labour government to approach the IMF for loans. To meet IMF requirements, Labour slashed public spending, which doomed them at the elections and swept the Iron Lady into power.

THE DARK SIDE OF THE ECONOMY

One recent development is the inclusion of black-market-economy items such as drugs, prostitution and weapons trafficking into official GDP estimates. Required by the European System of Accounts from onwards, this could yield a growth rate of 2.4% for European economies and allow countries to more easily comply with the EU’s rule of indebtedness. The Bank of Italy estimated the criminal economy in its country to be a whopping 10.9% of GDP. Coyle says this will make GDP calculations more uncertain. “But, if you’re the central bank trying to work out the right interest rate, it’s useful to know that during a recession, while the official economy is struggling, the shadow economy is thriving.”

So what is the future of GDP? Coyle gives short shrift to many alternatives to measure economic growth and human welfare. Particularly odious are those relating to happiness, such as the king of Bhutan and his attempts to increase gross national happiness. Yes, she admits, GDP is a flawed measure, but we should not rush to ditch it. “There’s nothing else on the horizon, but the character of the economy has changed so much,” she muses. “It was a good concept for a mass-production economy. But GDP counts three spoons as just as good as a knife, a fork and a spoon when you’re sitting down to eat, and that’s inappropriate for a services-based economy where quality matters a lot.”

However, to switch measures requires someone to think about the economy differently. John Maynard Keynes gave us the framework on which the idea of GDP was built. “We don’t have a modern Keynes to tell us how to think about an intangible and extremely variable economy,” Coyle says. “Until we get that, we’re stuck with GDP.”

Jørgen Randers, one of the authors of the Club of Rome report, discusses his projections for the next 40 years of life on this planet

Nearly eight years after the financial crisis, Carmen Reinhart finds it baffling that comprehensive restructuring does not figure prominently among policy options