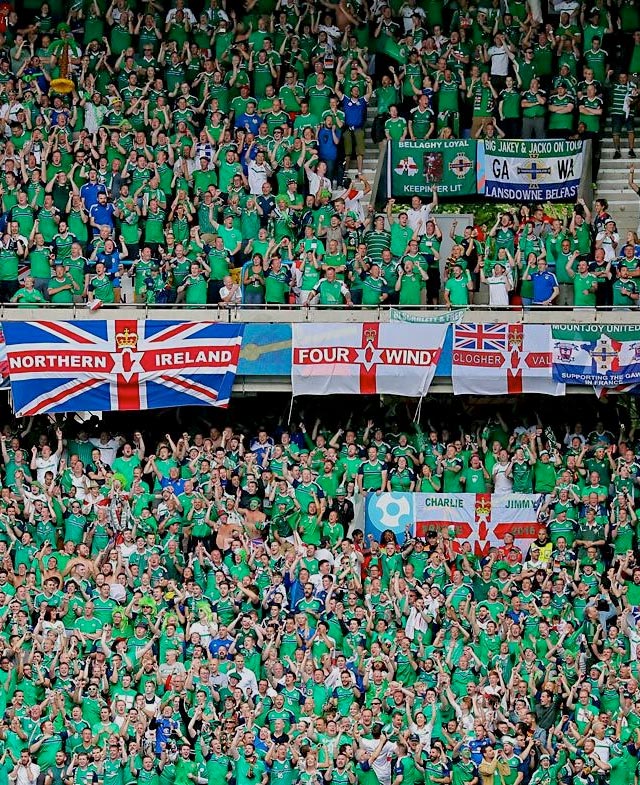 Of the 24 teams that qualified for this year’s UEFA European Cup soccer tournament, only one came from Germany. Three came from the United Kingdom: England, Wales and Northern Ireland. That seems odd. After all, East and West Germans reunited only in, and Bavarians united with Prussians only in 1871, whereas the annexations / unions of Ireland, Wales and Scotland to the Kingdom of England go back to 1177, 1542 and 1707, respectively.

So why do Thuringians, Saxons, and Swabians root for the same German team, while UK citizens root for so many? Scotland and even Gibraltar have their own teams as well. Wouldn’t they have a stronger team if they chose the best players to represent them all?

Presumably, British citizens understand this, but they prefer to have their own national teams rather than a stronger UK team – even if this means losing to tiny Iceland. After all, if it is only about the strongest team, you might as well root for Barcelona. For a team to represent “us,” it somehow has to be us.

Seen in this light, the Brexit vote is less surprising. The “Remain” campaign focused on the economic benefits of staying in the European Union and the costs of leaving, some of which fell due immediately after the results were announced: the British pound plummeted and stock markets wiped out a couple of trillion dollars of wealth.

Stronger, but not us

And yet 52% of those who voted preferred a country where Poles and Romanians would not be permitted to live, work and compete for a position on the economic team. Letting them in might produce a better team, but it would no longer be our team.

From one perspective, this is just another case of emotion defeating economic logic. But our emotions are the algorithms, bequeathed by evolution, by which we make most decisions, including political ones; economic cost-benefit analysis that does not connect to our emotional compass does not move the needle.

At the core of the issue is the sense of “us.” What does it mean to be a member of the EU, Nigeria, Iraq, Turkey, Switzerland or any other political entity?

The sense of us is a subroutine of the brain based on the sense of self, which is one of our brain’s many creations: a sensation of being an ongoing entity that experiences things, remembers its history, can act and has feelings and goals – what the eminent neuroscientist Antonio Damasio calls an autobiographical self. Our brain is also acutely aware of the existence of other selves, with their feelings and intentions, and it is particularly good at reading what others are thinking, feeling and planning.

We use this same mental apparatus to develop a sense of “us”: the people we care about and root for. We think of this “us” as if it were a person with an autobiography, a temperament, predispositions and aspirations. We regard firms as legal persons, and we talk about countries as if they were a composite person with clear characteristics: Germans love order, Italians are passionate and Brits possess a stiff upper lip. And, obviously, the sense of “us” implies a sense of “them”: those whose welfare we consider less fundamental than our own.

As Joshua Greene, director of Harvard University’s Moral Cognition Lab, has argued, our moral sentiments evolved to support human cooperation. Just as evolution gave us sexual desire, rather than rational arguments, to ensure procreation, so we have evolved feelings of empathy, affection, disgust and rage to respond to one another’s behavior. Our moral sentiments both limit individuals’ abuse of the common good, expressed in the conflict between “me” and “us,” and maintain the coherence of the group, to support the competition between “us” and “them.”

Technological and cultural development has required an ever-expanding sense of “us.” Over the past 10,000 years, as we moved from small hunter-gatherer bands  to agricultural settlements, urbanization, and beyond, the network of people with whom we must interact and cooperate expanded, from small bands to nations-states and eventually to an entity like the EU.

When humans lived from subsistence agriculture, their radius of interaction was small: they did not have to talk to one another, and as a consequence, languages diverged. That is why Cameroon, a country slightly smaller than Spain, is home to 230 languages. By contrast, when the Industrial Revolution increased the value of larger markets, Italy (1861-1871) and Germany (1870-1871) were created by unifying smaller states on the basis of nationalist sentiment and a common language, both of which actually had to be created.

A shared sense of us obviously makes life much easier for political entities. Without it, on whose behalf would the state – which is supposed to make decisions, define and protect rights, and impose obligations – be acting? If “us” includes only, say, the Alawites in Syria, the Kikuyu in Kenya or Han Chinese in China, everyone else has an incentive to rebel.

Clearly, countries that have a shared language and religion may develop a sense of “us” more easily than others. But the world is full of states that are very diverse in these two dimensions, in which an alternative sense of “us” evolves and is constantly redefined by politics.

In the United States, for example, the sense of “us” initially included only white Anglo-Saxon Protestants, not Irish, Italian, or Polish Catholics or Jews – and especially not African-Americans. Largely through politics, a more inclusive sense of “us” developed.

In the absence of a common language and religion, the EU’s sense of “us” must be based on shared values and culture, born of centuries of interaction. And what a heritage it is: the Renaissance, the Enlightenment, several industrial revolutions, fantastic science, art, and most sports. One wonders why euro bills are adorned with indistinct motifs, rather than with figures of universal appeal – da Vinci, Newton, Voltaire, Rembrandt, Cervantes, Chopin, or Beethoven – who best represent Europe’s cultural patrimony.

The European project will succeed only when it creates a European sense of “us” so powerful that it feels right that, say, Bulgarians should be permitted to live and work in Birmingham. When all are European, all may live wherever in Europe they please. They might even become the team to beat.

From banks to governments and the media: recent turbulent events around the world have led to rapidly declining levels of trust. How can it be regained?

Message from the hunter-gatherer

Long-term thinking might not be humanity’s strongest trait. But while investments for the long-run are often praised, they are not a cure-all