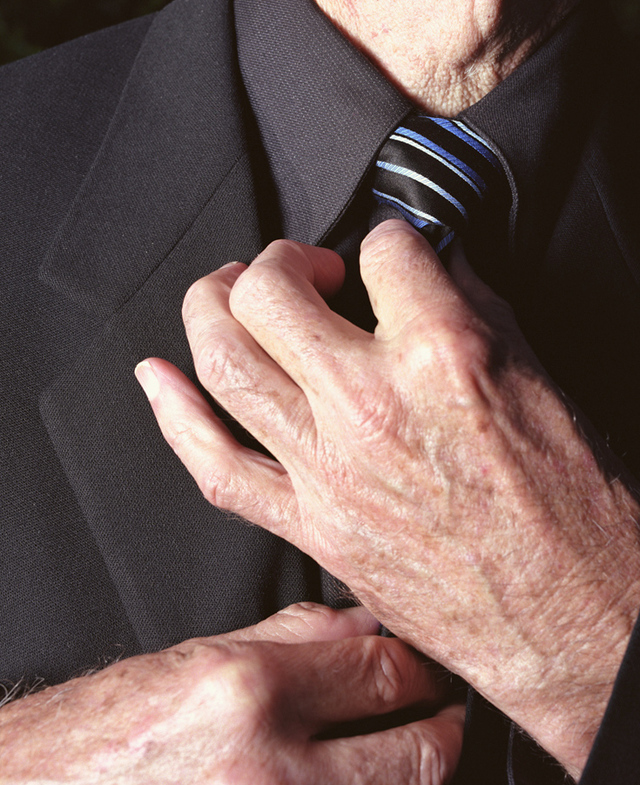 Life expectancy is increasing sharply in most countries and women in developing nations are having fewer children. The result of these changes – an aging population – can be frightening.

In, 11% of the world’s population was over the age of 60. The World Health Organization (WHO) expects that percentage to double to 22% by, giving us two billion people who are 60 or older. How can the younger generation possibly support such great numbers of elderly people?

Dr. John Beard, director of the WHO’s Department of Ageing and Life Course, thinks we’re asking the wrong questions. Speaking to PROJECT M, Beard said it’s a mistake to assume that aging is a problem. “Sure, there are challenges associated with population aging, but aging is actually an opportunity,” he said.

Beard is known for making provocative statements. In, The Sunday Age published an interview with him under the headline “Prepare to work until you’re 100.” He doesn’t really expect us to do that. Not all of us, anyway. But Beard does believe that if we change the way we view older people and offer them flexible options to work longer, the problems associated with an aging population will become less relevant.

“There are 85-year-old people who hold down incredibly high-pressure jobs, are incredibly healthy and basically performing like a 35-year-old,” he said. So why force someone into retirement at the age of 65, when he or she may be capable of making important contributions to the workforce for decades to come? If older people are allowed to continue working, their younger colleagues can benefit from a pool of knowledge, experience, and good judgment. And the older generation will need less financial support from the young.

LEAVING THE MINDSET OF THE 50s BEHIND

Beard has been pleading for governments and firms to explore the potential an aging population holds, rather than desperately searching for ways to boost the population of younger people. “We still have this mindset, and we’re trying to adjust this enormous demographic transition to fit that mindset,” he said. “We need to create, instead, a society which allows a continuum of flexible participation throughout life.”

One example of the “make cuts” approach is an employer who doesn’t see any point in giving his older employees new training. They’ll be retiring soon anyway, so why spend money maintaining their skills? This creates a vicious cycle: because older people receive less training, they become less effective in the workplace and their bosses are happy to see them go when they finally retire.

“If the employer were to offer continued training to older employees, they would still be relevant at the age of 60 or 65,” Beard said. “Then the employer doesn’t have to employ a new person and they also retain the older person’s judgment, which is actually an advantage that they have over younger people.”

In the future, Beard hopes companies will explore concepts to give older employees more flexible options. He points to one example where a US company offers employees a traditional retirement package if they want it. But they can also choose to trade in their 40-hour workweek for a thousand-hour work year. They might decide to work a couple of days each week throughout the year, or keep to a normal work schedule for five months and take the rest of the time off.

“That’s the sort of flexibility that I think becomes attractive for older people,” Beard said. “From my own perspective, I don’t want to continue working at the same level until I’m 80, but on the other hand, I don’t want to stop doing everything when I’m 62, which is the mandatory retirement age at WHO. So where’s the middle ground? How do we actually capitalize on the human resource that is inherent in older populations? I don’t think companies have really come to grips with that yet.”

It is not only highly-developed, wealthy countries like Japan and Germany, that must adapt. Beard points out that lower- and middle-income countries are also experiencing rapid aging. “Places like China, by, will have a bigger proportion of the population over the age of 60 than the United States,” he said. Developing countries face even more challenges, as they may lack the infrastructure needed to enact policy change.

Beard says that many countries have already found partial solutions to the “problem” of an aging population. A good preventive healthcare system is one piece of the puzzle. Doing away with a mandatory retirement age could also be a step in the right direction. And technology can provide older people with new opportunities, such as e-learning that is tailored to them.

Putting all these pieces together and changing attitudes isn’t easy. But it’s worth the effort: “The countries which get it right will have a clear competitive advantage over those that don’t.”

John Cotter is professor of finance and chair in quantitative finance at University College Dublin. Despite financial crises and near-zero interest rates, Professor Cotter believes guarantees can still be kept in place

Why utilizing the retirement transition period is critical for the baby boomer generation, to ensure guaranteed retirement income – and keep their ‘golden years’ golden

Keeping an eye on the future of aging

Aging populations in both industrialized and emerging countries are posing a challenge to policymakers all over the world. Research can assist in coming up with effective solutions