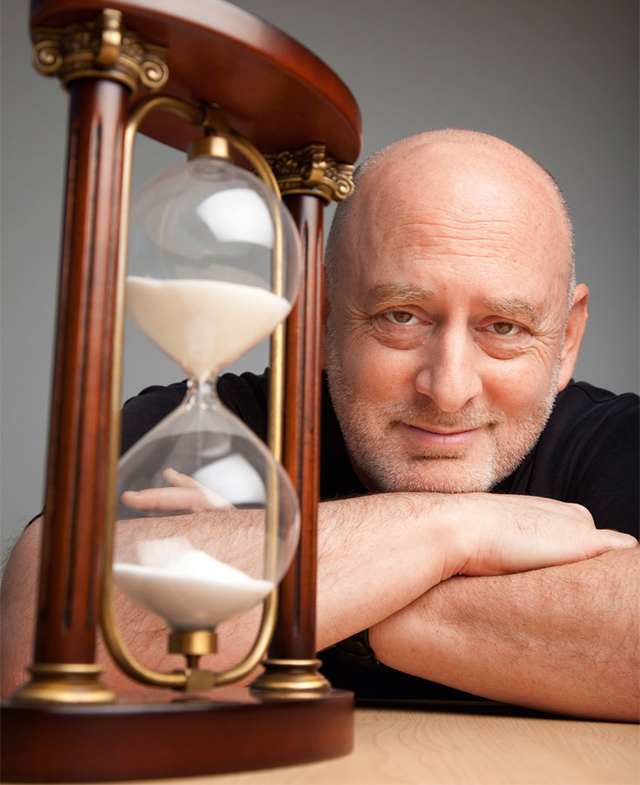 Instead of dying young from infectious diseases like influenza, diphtheria, tuberculosis and measles, many more of us began living to older ages. On average across OECD countries, life expectancy at birth reached 79.1 years.

In comparison, for example, in the United Kingdom in, a baby girl could expect to live to 49 years, while boys averaged 45. “What we have done is add 30 years on average to the life of individuals in most parts of the world. Extending life so dramatically in such a short period of time is a huge achievement, but it has come at a price,” says S. Jay Olshansky, a renowned researcher on human longevity.

Extending life so dramatically is a huge achievement, but it has come at a priceS. Jay Olshansky

“We’ve redistributed death from the young to the old and in doing so swapped one set of diseases for another. Even with the benefit of hindsight, most people would consider the health consequences to be an acceptable trade-off, but we still need to consider the implications,” argues Olshansky, who is professor at the School of Public Health at the University of Illinois at Chicago. The implications are that survival time is added to the end of life, the time when frailty and disability is at its greatest. This often results in a period of serious, prolonged illness that can be emotionally and financially devastating for the dying as well as families and friends. 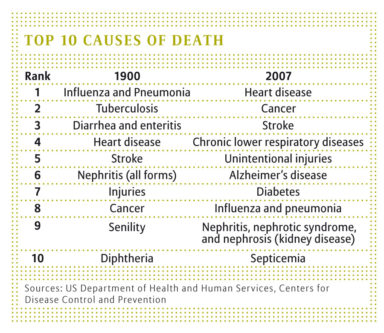 As part of an ongoing debate about the limits to human life, Olshansky cautions us to be careful what we wish for. If we achieve further life extension without health extension, he states, we will not like what we see.

“When you are around people who achieve older ages, but where either the body or mind didn’t make it through, it is a disaster. When they both make it out to older ages it is a wondrous thing, absolutely wonderful. But the way we are pursuing it could result in an increased frequency of imbalance in mind and body in those making it out to older ages,” says Olshansky.

A NEW MODEL TO ATTACK DISEASES

One of his concerns is that the current model of medical practice and research is not fit to tackle the aging challenge that confronts it. In the past century, medicine addressed infectious, communicable diseases separately, and was successful because the diseases were largely independent of each other. Now, humans are approaching old age in unprecedented numbers, but the diseases confronting us stem from a common cause – aging. Olshansky believes it makes no sense to address each disease and disability separately. Doing so risks achieving what many fear most; prolonging the period of fragility and disability.

Writing in The Scientist magazine, the four suggested “a concerted effort to slow aging begin immediately – because it will save and extend lives, improve health and create wealth.” They argued that biogerontologists now have enough insight into the causes of aging to offer a scientific foundation for the feasibility of extending and improving life. This line of research, the group stressed, has nothing to do with the hucksters of the anti-aging industry, but is rather based on recent scientific breakthroughs to slow biological aging. These could, if developed further, result in benefits for people living today.

What was surprising was that only five years earlier, Olshansky himself was skeptical that such breakthroughs would occur soon. Writing in The Quest for Immortality (Norton), he acknowledged the potential of several lines of research, but believed significant results would be many years away. “We weren’t very optimistic then, but the evidence now indicates that the aging process can be slowed in a variety of species. In fact, it has already been shown to be achievable. What we are suggesting is that a more aggressive approach to decelerating aging in humans now be taken.”

The four colleagues said that science had the potential to produce what they referred to as a “Longevity Dividend” in the form of social, economic and health benefits for individuals and entire populations. This could be achieved by investigating several distinct areas of research including the mechanisms of caloric restriction, which has been shown to slow aging, and studying the genetics of long-lived people.

“There are many avenues researchers are investigating, and I can’t say which will be successful, but I suggest one will be,” Olshansky says. And adds to clarify, with one eye on the wave of baby boomers now entering retirement, “What I stress is that the goal is not life extension in and of itself. It is not our intent to make people live longer, rather for them to live healthier longer, to extend the period of youthful vigor for up to another seven years.”

This approach, he suggests, would reverse the trend in prolonging old age and transform older segments of the population into a valuable resource. “This is an important point. Older people should not be thought of as a burden, although they are often seen that way. People who make it healthily out to old age are a huge economic and social resource. We must emphasize the extreme value of the older population and not just the cost.”

“If we can consistently unlock this resource through improvements in health at older ages for a wider section of the population, we will be able to tap into this extremely valuable subgroup. That would benefit all nations,” Olshansky says.

S. Jay Olshansky is professor at the School of Public Health, University of Illinois at Chicago and research associate at the Center on Aging at the University of Chicago, and the London School of Hygiene & Tropical Medicine. His research focuses on estimates of the upper limits to human longevity and the pursuit of the scientific means to slow aging

We are living longer, healthier lives than ever before, but with health care costs also reaching record levels, can we afford it?

Longevity swaps: the deal of a lifetime

So far in our series, we have addressed traditional instruments used in hedging longevity risk, such as buy-ins and buy-outs. Looking to the future, we now examine longevity swaps, which are emerging as a powerful and attractive alternative