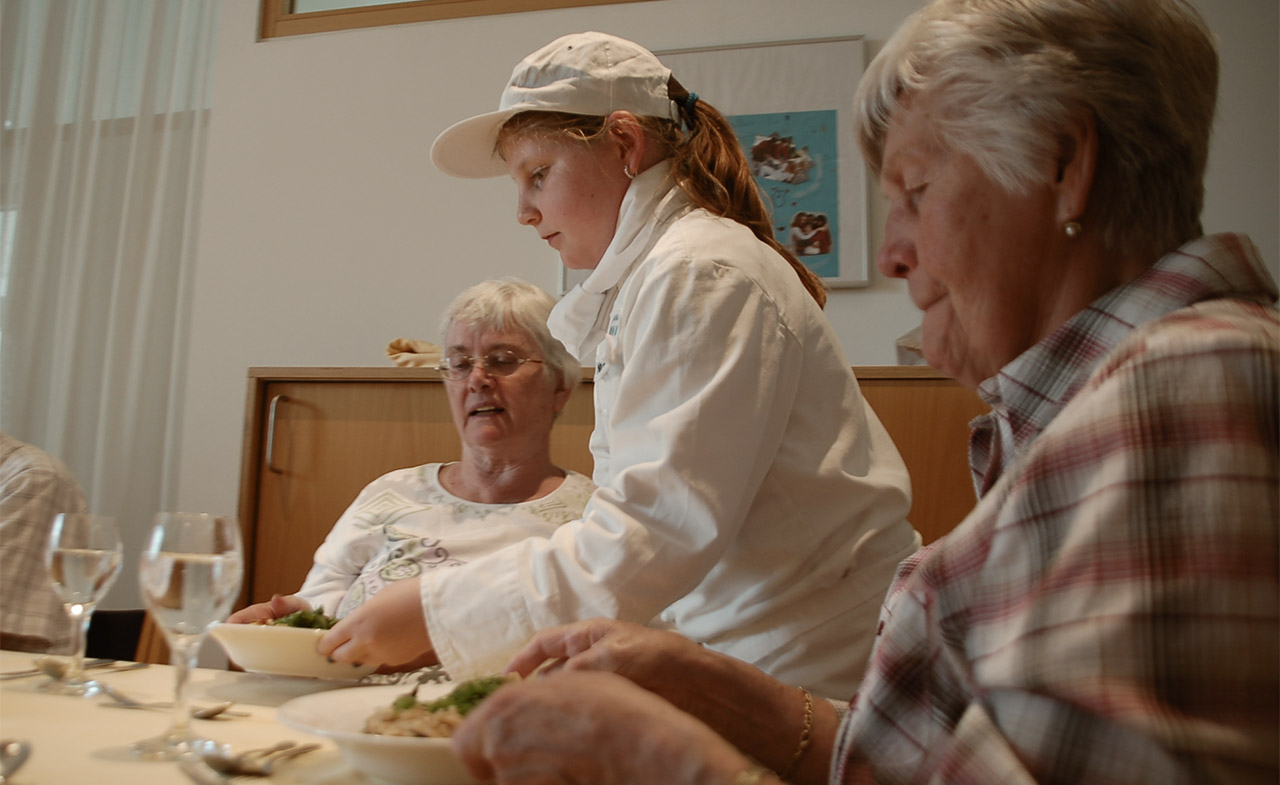 Ten subway stations separate Harthof in north Munich from the Marienplatz, the tourist mile of the Bavarian capital. As each station passes by on the ride towards the urban fringe, the hallmarks of wealth become less apparent.

At Harthof, the low rows of social housing are far removed from the imposing grandeur of the rich city center. Everything seems at least two sizes smaller. There are no street cafés, no bustling luxury stores. The only splash of color is a sign outside a tiny supermarket near the subway. Out here, residents are not confronted with Munich’s chronic parking shortage because few of them own cars.

Harthof is Munich’s Ellis Island. It is mostly migrants and refugees that land here. A few will eventually move to other parts of town, but many remain stranded for good, isolated and removed from the wider society.

One person attempting to break through the social barriers is Melanie Mahabat Bahar. “I have met people who have lived here for 15 years and have never even been to Marienplatz,” she says. “This should never be allowed to happen.”

Bahar has worked at the family center Unter den Arkaden (Under the Arcades) for 10 years. The sociologist is responsible for local community projects, including the “Everyday Life” course, a favorite with local residents, she says.

“A lot of participants come from God knows where originally. They’ve arrived in Harthof and suddenly they’re no longer mobile,” Bahar explains. “This is through fear, language barriers – any number of reasons. We want to change that by running excursions into Munich, for example, or showing them how to open a bank account.”

Working with immigrants of diverse backgrounds is nothing new for the nine-person team at Unter den Arkaden. What is new is public awareness of the organization’s work. Since, the family center, which is run by the Euro-Trainings-Centre (ETC) association, has belonged to the group of Mehrgenerationenhäuser – multigenerational drop-in centers – throughout Germany.

A new sense of community spirit

Multigenerational drop-in centers are one of Germany’s answers to the diverse demographic challenges facing the country. “In some rural districts, these centers are often the only places people can come and ask questions or seek assistance,” says Paloma Miersch, responsible for multigenerational drop-in centers at the Federal Ministry for Family Affairs. “Without them, the outlook in a lot of municipalities would be fairly grim.”

First set up in Lower Saxony, in northern Germany, the model quickly spread. The centers have now become indispensable to German government plans to activate civic involvement. Miersch explains that 17,000 volunteers offer support by giving private tuition to primary and middle-school pupils or accompanying refugees on visits to the authorities.

In Eching, a municipality north of Munich, they also drive the elderly to the doctor’s, explains Klaus Dieter-Walter, a teacher at the Alten Service Zentrum (service center for the elderly). Like the center in Harthof, this was an important pillar of community support before the multigenerational drop-in program was launched. The focus here is on keeping elderly people in the community. Instead of forcing them into care homes, the idea was to offer out-patient support so they could maintain their independence for as long as possible.

First articulated 25 years ago, the concept gave rise to the founding of the Älter werden in Eching (Growing older in Eching) association, which still operates from an imposing building in the heart of the small, rural town. Individuals in need of care receive sheltered accommodation in three floors of the building. Nearby, the association also runs a residential community for dementia sufferers.

The center is not only home to the elderly, but also to those with physical disabilities. They go about their jobs, park their cars in the basement car park and enjoy easy access to their apartments – and the program of events on offer at the center reads like a university prospectus.

Everyone is welcome, regardless of religious denomination and nationality. There is even baby swimming at the in-house pool. And at the centre of it all, senior citizens: if restricted mobility means they cannot integrate easily to the rest of society, then society will come to them. This is integration in action, says Walter. Around 80 volunteers support him and his colleagues with their work, including the mini chefs – teenagers who occassionally cook for the elderly (pictured above).

“Multigenerational drop-in centers have given a further boost to our open-house concept,” says Walter. “When we were very new to the program, a woman who came into the foyer said that she had heard that we were also a multigenerational center. She asked where she could change her child’s diapers,” recalls Walter. “After that we bought a changing table.”

The involvement in the program has not fundamentally changed the approach of the Eching center, but it has cemented its significance even deeper into the minds of local citizens. And it continues to expand the services on offer. Walter is responsible for the multigenerational drop-in center projects, including a mentoring scheme, where elderly people befriend middle school pupils, help them with their homework and offer support and advice.

Anna Iris Henkel, who is researching the social impact of multigenerational centers for the consultancy firm Ramboll, says this is a good example of “preventative social work.” Rather than reacting to problems that have already arisen, the program aims to stop them occurring in the first place.

“That pays off,” says Henkel. “If we can support young people before they drop out of school, it costs society as a whole less than if we wait until they have already thrown in the towel.” The same principle applies to elderly people. “The longer they actively take part in social life, the more likely it is that they stay fit. They can live independently for longer, which saves significant sums that would otherwise have been spent on care homes or hospital beds.”

No replacement for family

Supporting social commitment, integration and increased independence in later years doesn’t come free, though, and many municipalities are finding it increasingly difficult to fund. The action program can act as a stimulus.

According to Henkel, private and public donors are easier to convince if there is an initiator like the government behind the program. On a conceptual level, though, the idea behind the multigenerational drop-in centers transcends financial concerns.

“We depend on these houses because as a society we have ended up in a situation where extra-familial, relaxed social public interaction has become far less common than in the past,” explains Henkel. However, she cautions that too much can be expected from multigenerational drop-in centers.

Melanie Mahabat Bahar from the Under the Arcades agrees. “The centers are a nice extra, but they cannot replace family.”

And the centers do not offer a miracle cure for social deterioration: the romantic image of a 95-year-old looking after a six-month-old child while the parents go to work “simply isn’t realistic,” she says. “However, what these centers can do is enable different generations to meet in the first place. This was done in the past, but has become less common in modern society. The centers help stimulate such interaction.”

How aging populations can save us

The presence of millions of older citizens could improve the world, writes Laura Carstensen

No reason to fear old age

Can we turn old age into something beautiful? We can even overcome our fear of dementia, says Rudi Westendorp ahead of dementia awareness week in the UK

Fertility rates: sex and the city

Contrary to common beliefs, big cities are a surprisingly fertile ground for child-rearing