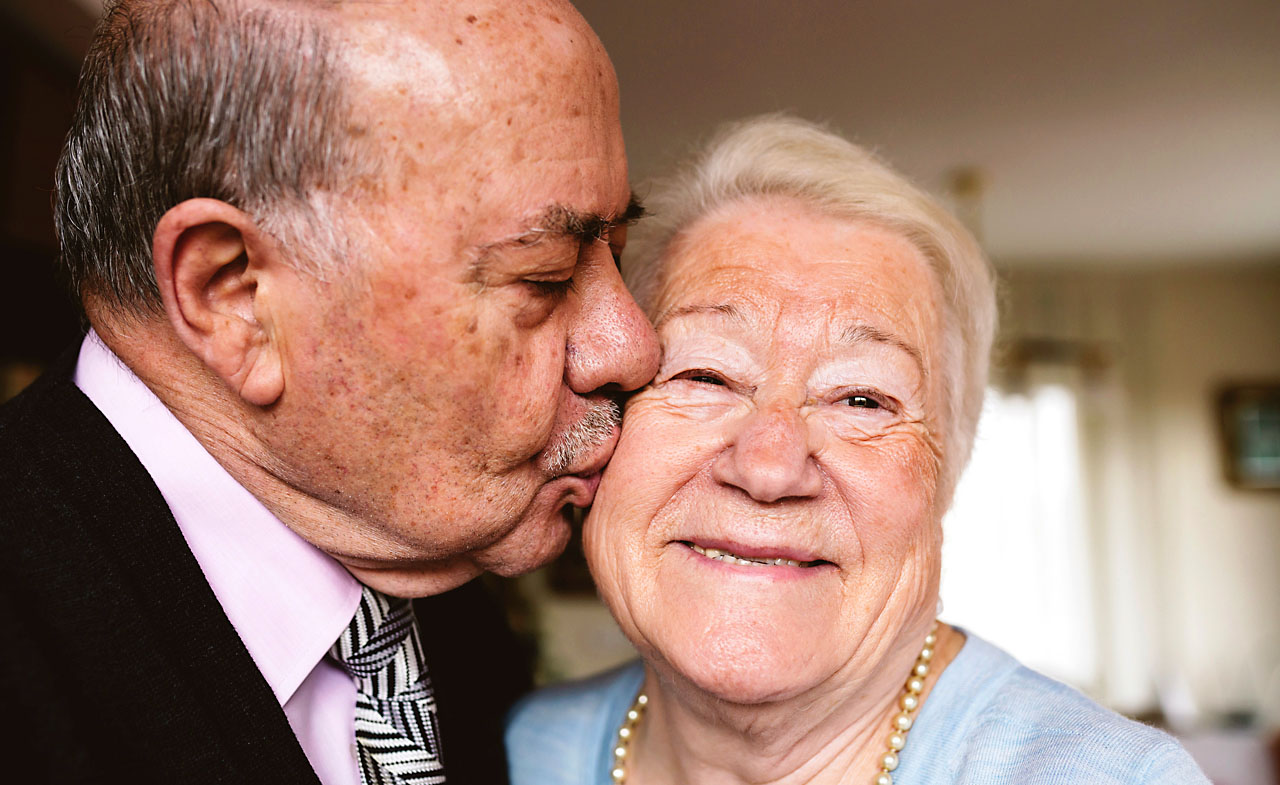 When Eric Goulden was a young man, his mother said to him, “There is only one girl in the world for you, and she probably lives in Tahiti.” She paused, and then added, “Or maybe she’s in the Bahamas, where the Caribbean Sea is blue.” Eric resolved to travel the whole wide world to find this woman.

Eric, better known as rock singer Wreckless Eric, once penned a song that outlined perfectly the problem of the soul mate theory: that is, that each of us only has one person in the world meant for them. “The Whole Wide World,” later covered by Will Ferrell in the film Stranger Than Fiction as well as a host of bands such as The Proclaimers and The Monkees, describes the desperate measure a young man will go to find his one girl.

But if we all only have one single random soul mate, what are the chances we would ever meeting that person?

This is one of the many absurd hypothetical questions that plague Randall Munroe. A former NASA roboticist, Munroe now draws the geek cult webcomic “xkcd,” described by The Economist as “an eclectic mixture of science, maths and whimsy served three times a week.” Since, what if?, a subsection of the site, has encouraged readers to throw questions to Munroe, which he attempts to answer to the best of science’s ability. A what if? book based on his answers was released last September. Apart from examining machine-gun jetpacks, orbital submarines, the effects of everyone jumping at once and the Force power of Yoda, Munroe also examined the question of soul mates.

SO, WHAT ARE THE ODDS?

After confining himself to only examining living people and making assumptions about inappropriate age gaps, he concludes that most people have a pool of around half a billion potential matches. This is if you don’t restrict for gender and sexual orientation, as well culture and language differences.

If people can identify their soul mate by looking deeply into their eyes, then your chance of success will depend on how many strangers you make eye contact with every day. Assuming we each lock eyes with a few dozen strangers per day and 10% are close to our age, Munroe estimates you would gaze into the eyes of approximately 50,000 potential soul mates during a lifetime.

This is where the numbers get tough. Given half a billion potential soul mates, your chance of finding your true love is one in 10,000. Monroe speculates on the consequences of such a world where a vast majority will remain alone. Jobs where workers meet large numbers of strangers daily, such as being a cashier or a Times Square police officer, would be highly coveted.

“A world of random soul mates,” Monroe concludes, “would be a lonely one. Let’s hope that’s not what we live in.”

But perhaps the numbers are not as grim for you personally. Chris Barnard, an actuary at Allianz, notes that Monroe describes himself as “pretty introverted.” If you have a more outgoing personality and are employed in one of the people facing positions Munroe describes, then the odds can tip much more in your favour.

“Conceivably you could lock eyes with hundreds of people a day, which could amount to 500,000 in a lifetime.” This, he notes, reduces the odds down to one in 1000 – still not “brilliant,” but at least far more favourable.

In the end, Wreckless Eric didn’t travel the whole wide world – only 240 miles up the A1 motorway in England to the industrial port of Hull to see Amy Rigby, an American musician, perform. Amongst the songs she played that night was a cover of “Whole Wide World.” Is she the true love of his life? Only those two really know, but the couple are now married and have been happily making records and touring (see them play “Dancing with Joey Ramone”) together since.

loungeroom lothario 02/12 at 09:31PM
@Gangster. Only 6. But are they all current? Then the problem is stop them all meeting? Or perhaps you are confusing "soul mate" with a more flexible term?
Chris 02/12 at 06:28PM
And know what you want! You have to scan 1 to 2 billion souls during your lifetime (which allows you... 1 second per candidate). Good Luck! C.
Gangster of Love 02/12 at 04:19PM
As messed up as the world often seems, it ain't as bad as the soulmate theory of love would imply. Therefore, QED, the theory is rubbish. Personally I calculate I have a minim of six soulmates, which reduces the odds considerably.
Related articles
Related articles

When Sgt. Pepper taught the band to age - part II

Fifty years ago today, one of the greatest music phenomena of the last century released an iconic song. With that song now turning 50, the Beatles’ audience – the then youthful baby boom generation – is reassessing attitudes to old age

Learn how baby-boomers will transform aging – and the marketplace. Download latest magazine (5MB)

When Sgt. Pepper taught the band to age

Fifty years ago today, one of the greatest music phenomena of the last century released an iconic song. With that song now turning 50, the Beatles’ audience – the then youthful baby boom generation – is reassessing attitudes to old age