An end to boom and bust? 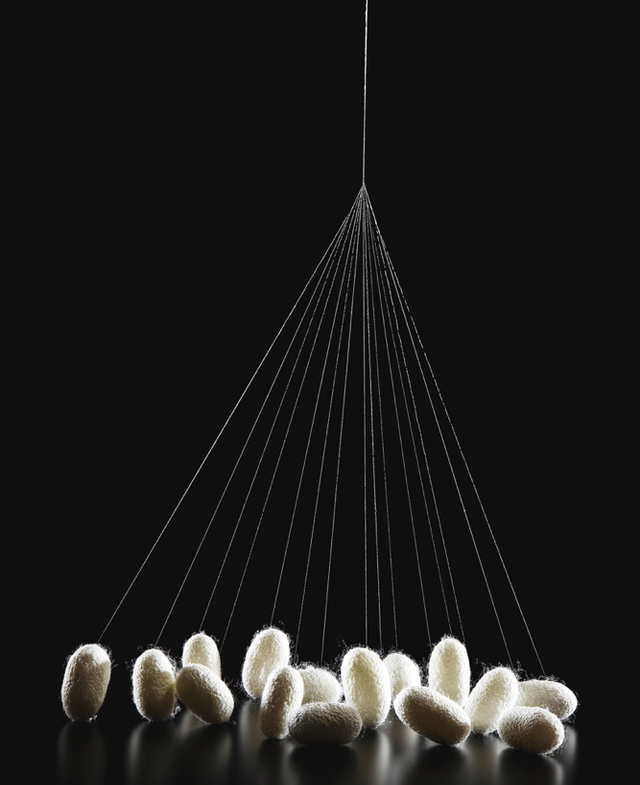 An end to boom and bust?

Larry Kotlikoff has little love for the modern financial sector. It is, he says, an arena of “multifaceted fraud” filled with a “disproportionate share of miscreants at the very top levels”. His book Jimmy Stewart is Dead (Wiley,) bemoans a lack of decency and morality in modern banking, qualities embodied in the classic movie It’s a Wonderful Life.

Speaking to PROJECT M, Kotlikoff says enough is now enough. “Financial intermediaries should not borrow money from the public, gamble with it, take the upside and just leave the downside to the taxpayer.”

His proposal to make Wall Street safe for Main Street is a simple one: Limited Purpose Banking. “You take the financial intermediaries that want to operate with limited liability, so that the owners are not personally liable in terms of their homes and their yachts, and make them operate as non-leveraged mutual funds,” says Kotlikoff.

“Larry” is a William Fairfield Warren professor and professor of economics at Boston University. He has worked as a consultant for the OECD, IMF and the World Bank, among others. He is also running for US President via the independent Americans Elect platform, which is hosting the first national online presidential primary in US history.

Under Limited Purpose Banking (LPB), no mutual funds, including money market funds, would be “backed to the buck.” The exception is cash mutual funds, which literally hold only cash and so are backed automatically dollar for dollar. “With LPB, you have natural firewalls between mutual funds; when one loses value, it doesn’t affect the others. Under the current financial system there is a fire path from one bank to another.”

Listen in as Larry Kotlikoff explains his reform ideas to PROJECT M.

Kotlikoff’s proposals may not yet be seriously troubling masters of the universe on Wall Street or the Square Mile but they are attracting the attention of leading thinkers. Those endorsing his book include former Treasury Secretary and Secretary of State George Shultz, senators, Jeffrey Sachs, Michael Boskin, a former head of the Council of Economic Advisors and five Nobel Laureates in Economics. In, Bank of England governor Mervyn King also favorably cited Kotlikoff and his ideas three times in public speeches.

Limited Purpose Banking, he adds, goes far beyond the Dodd-Frank legislation, the narrow banking Irving Fisher and Frank Knight first proposed in the, or the ring-fencing of retail banks, proposed by the Vickers Commission Report.

Neither narrow banking’s protection of depositors nor ring-fencing retail banking is enough, he says. “As we have seen with Lehman Brothers, that doesn’t work out. The investment banking system is too big to allow it to play by its own rules and stand back and watch it implode. LPB treats all financial intermediaries operating with limited liability identically. And it doesn’t break up big banks. It makes them run a lot of small, safe banks, namely unleveraged mutual funds.”

Kotlikoff’s zeal for banking reform may surprise those familiar with his career as a public finance, macro and health-care policy specialist. After a Harvard PhD in, teaching stints at UCLA and Yale, and a position at the Council of Economic Advisors, he went to Boston University in, where he remains.

My proposals … would keep our country solventLarry Kotlikoff

Given Kotlikoff’s public policy background, unsurprisingly perhaps, he also has strong ideas about how unsustainable welfare and health systems in the United States and other countries can be put right. “With Social Security, we have a program that’s 27% under-funded in the US. The simplest solution would be to freeze the Social Security system and force everybody to put 8% of their salary into a retirement account. The government makes matching contributions for the poor to make it progressive.

“The entire asset base would be collectively invested in a global, market-weighted index fund of stocks, bonds and real estate trust. This investment would not be done by Wall Street, but by a single government computer. Wall Street would have nothing to do with the Personal Security System I propose. Each worker’s savings would be invested in the private market, and at retirement age the account balance is gradually transformed into inflation-protected pensions by the government.”

He points to successful forerunners such as Norway’s generational fund, in which the government invests on behalf of the public abroad. The German health care system also has lessons for the United States, he adds. “You eliminate Medicare, Medicaid and employer-based health care and give everybody a voucher that they can take to an insurance company and buy a basic health plan. The size of the vouchers depends on your pre-existing condition, so if you have diabetes, you get a big voucher; if you’re healthy, you’ll get a smaller one. This plan is highly progressive, as the poor are sicker, on average, than the rich and would, therefore, get larger vouchers.”

Kotlikoff also proposes replacing income, corporate income, estate and gift taxes with “highly progressive” payroll, consumption and inheritance taxes. “All these rates would be 15% at the top, but the poor would be much better off. This tax reform hits those with wealth with a larger tax burden.”

Such a tax regime would have a broad base and would be fairer to the young, who are paying disproportionately to fund the old, he says. This “Purple Tax Plan” should bring in 20% of GDP in revenue and get rich and middle-class members of older generations to “start paying their fair share.”

Bold measures like these are urgently needed, says Kotlikoff. “My proposals for taxes, health care and social security would keep our country solvent. Based on current policies, we are, quite literally, insolvent. The fiscal gap separating all our debts, official and unofficial, and all our future taxes is $211 trillion. That’s 14 times the GDP. In Greece it’s 12 times the GDP.”

Another failure of the financial services industry is its inability to answer basic questions about retirement prospects, an issue he addresses through personal-finance software he helped set up called ESPlanner.

“Here’s a simple question: If I retire early, how much does it affect my living standard? No other single software can answer that question because none of them calculate your sustainable living standard. The industry’s software doesn’t answer the questions people need to know because its software is geared toward product sales.”

Are increasing correlations between markets unhinging the principle of diversification?

As a means of reducing public debt, rock-bottom interest rates and quantitative easing are far less conspicuous than tax increases and spending cuts, but savers are picking up the tab

Investing in a world of financial repression

With government measures and stagnant markets keeping real interest rates below zero, investors need to be bold and creative to reach their return on liability targets

A pessimist, an optimist and a realist on the financial crisis

The financial community saw the crisis coming, but was mistaken about its abilities to handle it, says Raghuram Rajan. If so, how can it be trusted to improve the system?