Maintainers make the world go round

Innovation is an overrated ideology, say historians of technology. Maintenance means more to most peoples’ lives 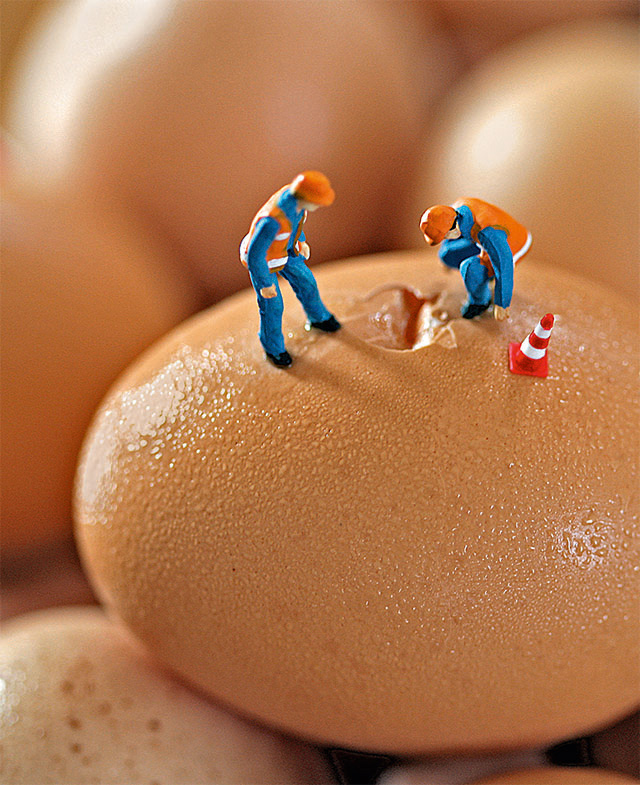 Maintainers make the world go round

Innovation is an overrated ideology, say historians of technology. Maintenance means more to most peoples’ lives

It is difficult to imagine a movie where an eclectic team of elevator repairmen, data janitors and standards engineers stare steely eyed into the distance before heading off to save the world, but these men and women are the true – if vastly underrated – heroes and heroines of our times.

Ever since Austrian economist Josef Schumpeter coined the term “creative destruction” to describe the modern process of industrial development, entrepreneurs have dominated the popular narratives of the modern world. “Yet the more we talk about how great Steve Jobs was, the less we recognize the greatness of ‘The Maintainers’ – people who do ordinary and everyday labor,” says Andrew Russell,  a scholar of science and technology at SUNY Polytechnic Institute in Utica, New York.

In, Russell co-founded The Maintainers conference with Lee Vinsel, a historian of technology at the Stevens Institute. Their purpose is to celebrate the maintenance, repair and routine labor that keeps human worlds turning, and thereby “write humans back into stories of technology.”

“We were frustrated with the fetishization of innovation,” Russell recalls. “It was triggered by Walter Isaacson’s book The Innovators: How a Group of Hackers, Geniuses and Geeks Created the Digital Revolution. I suggested a counter narrative – The Maintainers: How a group of bureaucrats, introverts and standards engineers made technologies that kind of work most of the time.”

The conference, held in early April, featured talks on “Elevator Repairmen,” “Forgotten Workers of the Information Revolution” and “Idiot-Proofing the Air Force.” Such maintenance work, Russell and Vinsel suggested in a provocative essay in Aeon magazine, actually has “more impact on people’s daily lives than the vast majority of technological innovations.”

Innovation ideology is overvalued, often insubstantial, and preoccupied with “well-to-do white guys … in a small region of California,” they wrote. Maintenance meanwhile is undervalued, essential and performed by all kinds of people all over the world.

Their thesis is difficult to quantify because maintenance is inadequately measured. OECD figures on transport infrastructure maintenance expenditures, for example, show no data for Germany, Italy, Spain or the US, and only road data for the UK. Similarly, when researching telecommunications and computing industries, Russell found no Standard Industrial Classification (SIC) or North American Industry Classification System (NAICS) categories specifying maintenance. “Maintenance is buried within a bunch of other occupations and functions,” he explains, “so it is hard to pinpoint relationships between maintenance and productivity or performance.”

“Maintenance has lived in a twilight world, hardly visible in the formal accounts societies make of themselves,” wrote British historian David Edgerton in his iconoclastic study The Shock of the Old – an inspiration for The Maintainers. That is partly because innovationcentric narratives, Edgerton told PROJECT M, have misrepresented engineers and scientists as inventors and designers when in fact the majority are “mainly concerned with the operation and maintenance of things.”

Companies construct narratives of “technological magic,” omitting the janitors’ contributions. Hence some see innovation ideology as politically charged. “The laborer vanishes, so does the government regulator … [and] inconvenient infrastructures (such as electricity, primary education),” writes Harvard historian Jill Lepore in her essay The Disruption Machine. “Innovation speak is a massive abstraction that lets its author destroy most of the world.”

There is data that shows the significance of maintenance. Delegates at the Maintainers conference heard that most computer programmers maintain, refine and extend legacy systems while most scientists apply well-established science in routine ways. “In the software industry, about 70% of investment goes into maintenance, in mining about 30–50%,” says Vinsel. Innovation data meanwhile relies on “misleading” metrics such as patent counts and ratios of R&D spending to GDP, says David Edgerton. These say little about the long-term benefits of new things. On this basis Edgerton still believes that “by the standards of the past the present does not seem radically innovative.”

“Historian Robert J. Gordon and other economists have shown that, despite the digital revolution, we have not seen major productivity improvements,” says Russell. “The structure of industrial society is the same.” And so PayPal founder Peter Thiel complains: “We were promised flying cars and we got 140 characters.”

From to, the American Society of Civil Engineers (ASCE) has scored American infrastructure a succession of D grades. A key driver of this chronic problem, says the ASCE’s senior managing director Casey Dinges, is overdue maintenance. This is ultimately a political choice. There are more votes in novelty than in upkeep, Russell observes, and so American society invests disproportionately in innovation, hoping it will deliver beneficial outcomes via “trickle-down science.”

“The root of our problem is that we treat innovation as a basic value, like courage, love, charity, and diligence,” Vinsel writes in The 95 Theses on Innovation. But crack cocaine was innovative, he points out. As were sub-prime mortgages, one could add, or the “creative accounting” that gave us Enron. His point is that innovation is amoral; it “has nothing to say about whether these new things are beneficial or harmful.” Newness has essentially become a substitute for progress.

Maintenance meanwhile is about an ethics of care. “The Maintainers reminds us of the importance of caring for what we have, rather than focusing on the yet-to-be,” Vinsel writes.

Most of his and Russell’s students will graduate into non-innovative but essential jobs in rules-based professions like engineering or medicine, where they will safeguard physical and social infrastructures. “The whole idea is for them to know and enact these rules. There is little space or reason for them to be innovative,” says Russell.

Their polemic notwithstanding, Vinsel and Russell insist innovation and maintenance are not necessarily antagonistic. As Edgerton’s work shows, new ideas emerge from within existing structures and many old technologies are reused or repurposed alongside old ones. We should seek to integrate maintainers into the design and innovation phase when introducing new technologies, they say, so as to reduce long-term maintenance costs.

Millen Paschich 05/11 at 04:35PM
Good to see the spotlight on deferred maintenance, discussed by Larry Summers and Charlie Rose as well! If you want to dig even deeper, Andy Russell and Lee Vinsel joined in on the Gridium podcast series:
A. T. Murray 05/09 at 02:23AM
This article on the important work of maintainers really resonates with me because at there is my description of the now emerging career-track and job category of "AI Mind Maintainer" for installations of artificial intelligence (AI).
Related articles
Related articles

Robots should not be stopped, argues J. Bradford DeLong. Instead, societies need to maintain a fair balance of relative incomes