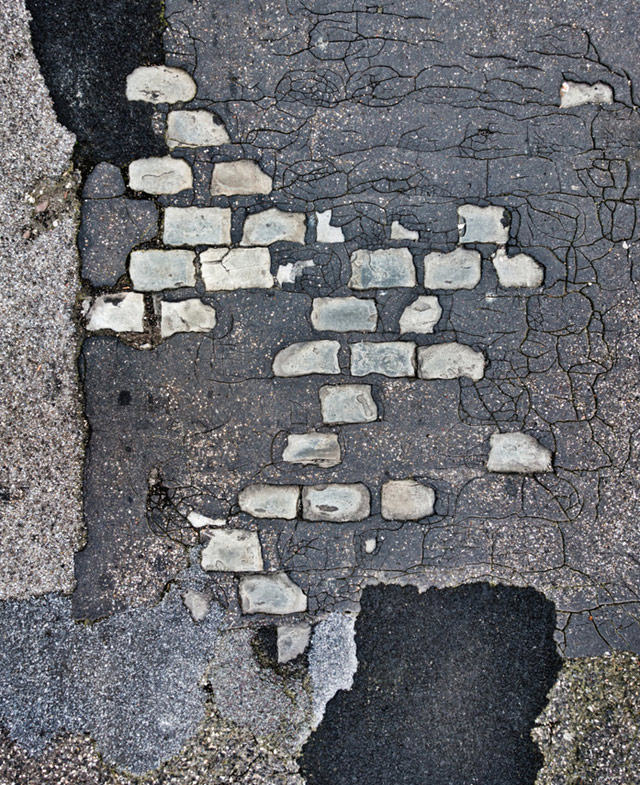 Surely, the industrial city of Leverkusen in Western Germany, home to leading pharmaceutical and chemical firm , exemplifies Germany’s strong economic growth and sterling infrastructure? Tell that to the truck drivers not allowed to cross the nearby Rheinbrücke Leverkusen bridge, which authorities have had to close for heavyweight traffic, yet again, after initially closing it. Or the tens of thousands of commuters, including cyclists and pedestrians, stuck in traffic when another bridge across the Rhine near Frankfurt was blocked in February due to one of the bridge’s pillars giving way.

These structures are not the only things falling apart in the world’s fourth-largest economy. Germany may once have been celebrated for its public infrastructure but after being starved of investment for years, that infrastructure is now in urgent need of repair.

In fact, Germany needs to invest an additional €10 billion ($12.8 billion), or 0.4% of GDP, each year in its roads, bridges, motorways and buildings to simply arrest any further decline, according to Marcel Fratzscher, head of the German Institute for Economic Research (DIW). And it is not just public infrastructure that is falling down; industrial infrastructure is also collapsing in areas such as mechanical engineering and electronics.

It turns out Germany has only been looking healthy in comparison to the deathly hues of its European neighbors. Its productivity growth was negative over the last two years, compared to 0.71% and 0.32% in the US. Japan increased its productivity by 1.09% and 0.92% respectively.

German order volumes are falling and real wages for two-thirds of workers are less than they were in, says Fratzscher. It’s no surprise the title of his recent book Die Deutschland-Illusion translates as the German illusion.

“Germany is in a state of euphoria at the moment with most people thinking that the German economy is booming, has a strong labor market and a government budget surplus. Yet this is not supported by hard facts. Over the last 10-15 years, growth in Germany has averaged 1.1% and productivity has been weak. Admittedly, unemployment has fallen sharply but a lot more people work part-time or temporarily for very low wages,” Fratzscher says.

The legacy of the country’s Hartz labor market reforms at the turn of the century is over six million people surviving on so-called mini-jobs – part-time work that is tax-free up to €450, according to Germany’s employment agency. This has fabricated a country, which, according to Fratzscher, has “the highest wealth inequality in Europe”, where a fifth of children are raised in poverty.

The main cause, however, is Germany’s low investment rate, one of the lowest among industrialized countries. Investment has fallen from 23% to 17% of GDP since the early, Fratzscher continues. Almost every sector is suffering as a result, whether construction, machinery, computers, research and development, education or infrastructure.

“With low investment, companies build up less capital stock and productivity is lower. This leads to lower wages, which in turn affect income. Eventually, this translates into less economic growth, less tax revenues and government’s limited ability to invest in education, infrastructure and other areas,” Fratzscher says.

WHERE HAS ALL THE MONEY GONE?

It is not as if the Germans are short of cash: Companies have €500 billion stashed away in savings, according to Fratzscher. So where is the money heading if not into German coffers? Abroad, it seems. Bavarian carmaker BMW, for example, is spending $900 million to expand its Spartanburg, South Carolina plant and turn it into its largest worldwide.

The reasons why companies are switching to investing abroad are multifold, the DIW president explains: Deteriorating German public infrastructure makes it more expensive for companies to transport goods and services; digital infrastructure is worse than in most other EU countries; Germany’s move away from nuclear energy towards renewables creates concern about rising energy costs. Taxation and regulatory uncertainty add to the dilemma, according to Fratzscher.

Now hope is turning to investors as possible saviors. Asset managers, for example, could seek out investment fields such as infrastructure, Fratzscher points out and funds raised in the capital markets, from pension funds or insurance companies, could be funneled into the construction of public roads, bridges and buildings. Linking infrastructure investing to institutional investors is a natural fit, writes former Allianz CEO Michael Diekmann edition of PROJECT M #19 – Prohibitive Conditions.

At least, people are starting to become aware of the problem and talk about it, says Fratzscher. “My hope is that this will intensify, that there will be a change in the political thinking in Berlin and we will see more public investment and more public spending on infrastructure and education.”

But more than talk, the country needs action. Without it, Europe’s strong man may fall.

Learn more about the challenges of infrastructure investing in the edition: PROHIBITIVE CONDITIONS

This article was first published on February 11,.

none 10/04 at 07:49AM
Sir I believe you hit the nail on the head .most German people are not informed about government and don't really care.they just go day to day and belive everthing is ok as long as there heath care and unimplemented insurance is there to catch them we lose have there money to taxes that cover the not willing to work.and this is what most people think is ok.but the story is really true if you look deep an not just on the day to day phase.
Christian Gressner 06/22 at 09:17AM
Dear Garrett, thank you very much for your feedback. As the editor of PROJECT M online, I am interested to discuss your perception in more detail. This should not take more than 20 minutes of your time over the phone or by email.. Thanks for considering this. Regards, Christian would be interested to discuss in more detail.
Garrett 06/20 at 07:59AM
I feel pain daily from the Schierstein bridge, but have to note that construction on the new bridge had started well prior to indications of trouble trouble. For the last few years you cannot drive more than 10 km without construction, not patch jobs but resurfacing of roads and adding of lanes, it does not feel like infrastructure is being neglected. On poverty, I can only note that no-one seems to be going hungry or lacking the latest I-phone here, again the authors story does not match my perception
WiredErp 03/10 at 12:45PM
I see PROJECT M was running on the infrastructure before John Oliver
Biberkopf 02/12 at 07:41AM
But you would agree if you read such articles as these:
Lisa James 02/12 at 07:36AM
you wouldnt think so in Berlin at the rate of the new buildings going up
Related articles
Related articles