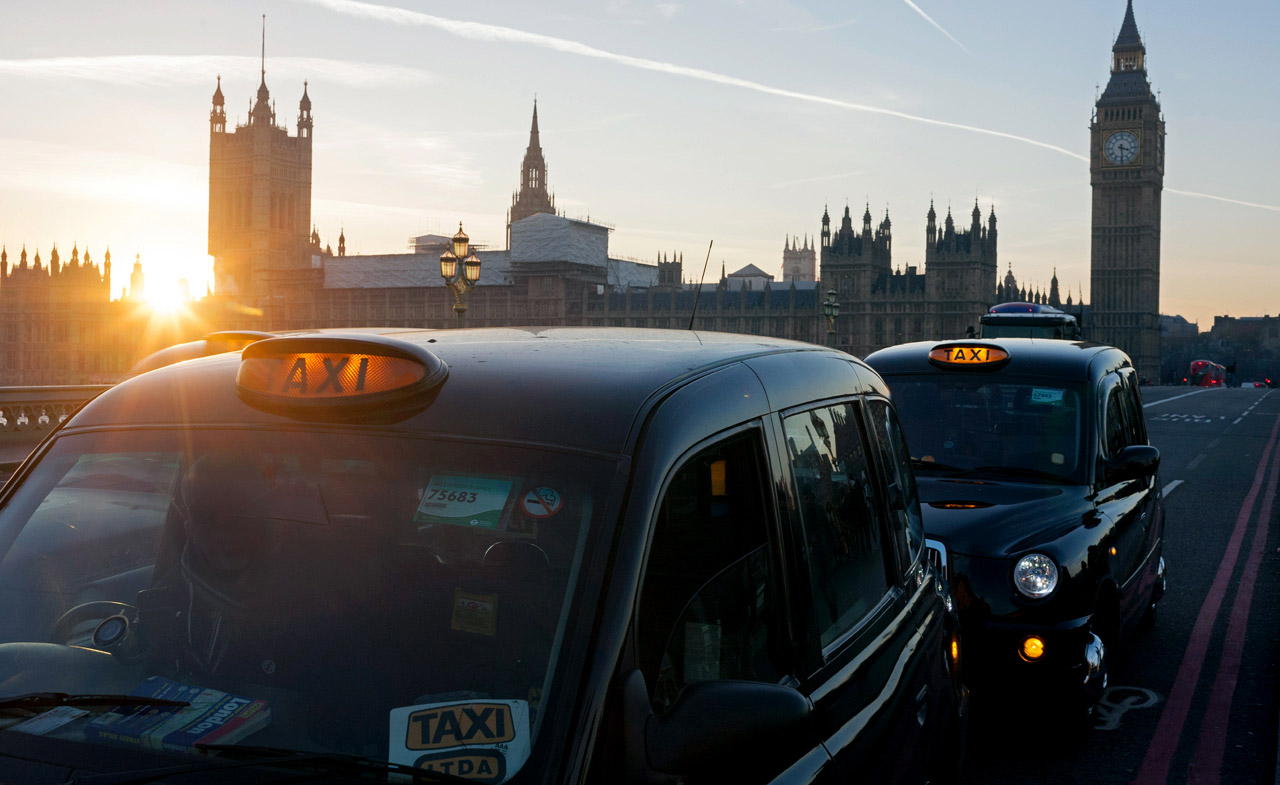 Taxi drivers are the ultimate cliché of lazy journalists. Need a quick quote from the common man, turn to a taxi driver. If you want to measure the pulse of society, ask a taxi driver for her opinion. Require an insight into a foreign culture to entertain your readers: nothing beats the example of a quaint local driver in a battered Tata Indigo, clapped out Toyota Corolla or shiny London Hackney.

So widespread is the practice that satirical journalist P. J. O’Rourke once claimed that “Taxi drivers all over the world are under Newspaper Guild contract to give easy quotes to foreign correspondents.” But if taxi drivers, far more so than people in other service positions such as baristas, garbage men, checkout staff or newspaper sellers, are the weathervane of popular opinion, why haven’t their opinions been more rigorously sought?

In a recent Allianz survey, taxi drivers in the financial capitals of Frankfurt, Germany and London, UK, were asked about economic conditions and public sentiment. Reflecting the popular mood, drivers in both cities were split on Brexit. While 46% of London drivers believed it would be positive for their economy,  only a third of Frankfurt taxi drivers believed it would benefit their local economy. Some 30% in Frankfurt considered it would be negative and another 30% said they don’t know.

Drivers were asked questions on their business: the current and expected (12-month forecast) business situation. From responses, a Taxi Driver Business Climate Index was calculated, following methodologies used  for business and consumer sentiment indicators. It was calculated using a weighted balance of positive and negative responses to questions. The overall balance of the taxi driver business climate was  -13.1 in Frankfurt and -55.9 in London.

Revealing,  London cabbies viewed the current local economic situation as dismal (-66), but perhaps, reflecting their hopes for Brexit, were slightly less grim on the future (-45). In comparison, Frankfurt drivers viewed the current situation more positively (-6), a result best described as “alright.” Expectations over the next 12 months were bleaker (-20).

In addition, a Taxi Driver Sentiment Index was calculated using a mixture of economic and consumer sentiment comprising assessment and expectations of the economy and prices. This also included whether it is the right time to make larger purchases, expected unemployment and whether it is a good time to save or invest (in a taxi).

London cabbies are negative on the current UK economy

Overall sentiment  was better in Frankfurt (0.6) than London (-25.9). Frankfurt drivers think the economy is fine (16) although expectations for the future are subdued, but still positive (5). In comparison, London cabbies are negative on the current economy of the UK (-42) but expect the mood to slightly improve (-27).

Frankfurt taxi drivers believed prices had risen 2.13% over the previous year and London cabbies estimated past inflation to be 2.08%. The German inflation rate for December was 1.7%  and the UK 1.6% – both a huge negative surprise to expectations. While the taxi drivers estimations overshot the actual rate, theywould have actually provided a good indication of the result. As they are more sensitive to fuel price increases, their higher estimations are understandable.

Drivers in both cities think unemployment over the next 12 months will rise slightly (-26 Frankfurt, -29 London), but while Londoners think it is not a good time to make purchases (-54) their Frankfurt colleagues have a different impression. They believe now is a better time to make large purchases (-10) than to save money (-33), perhaps reflecting that they expect interest rates to rise in the near future, whereas London cabbies expect  a “lower for longer” interest rate scenario (-15).

Stocks, gold or under the pillow

Will the black cab die? London taxi drivers believe the future of their business is grim. Their opinion of investing in a new cab is at rock bottom (-123). Maybe reflecting the fact that Uber is banned in the local market, Frankfurt drivers are more likely to invest in the future of their industry (-20).

If the respondent experienced a sudden financial windfall, property would be the investment asset of choice in both locations (44% Frankfurt, 45% London). Frankfurt drivers also see gold as an option, with 27% opting to buy the precious metal; 27% would diversify by investing in shares, while only 10% of London cabbies would do so. Other options offered for the windfall included buying a small farm, Apple or Samsung products, taking a well-deserved holiday, sticking it under a pillow or investing in beers or the wife.

The survey was conducted by the International Pensions unit of Allianz in December and 100 drivers were interviewed in both cities. The median age of London cabbies was 46-50 and those in Frankfurt 36-40. Drivers in both cities typically had 51–100 fares a week and reported an average tip per fare of €1.96 in Frankfurt and £1.23 in London. Results were calculated using similar methodologies as the European Commission on Consumer Sentiment for European Countries and the eurozone.

Between the financial crisis, pension reforms and Brexit, Millennials are getting shortchanged