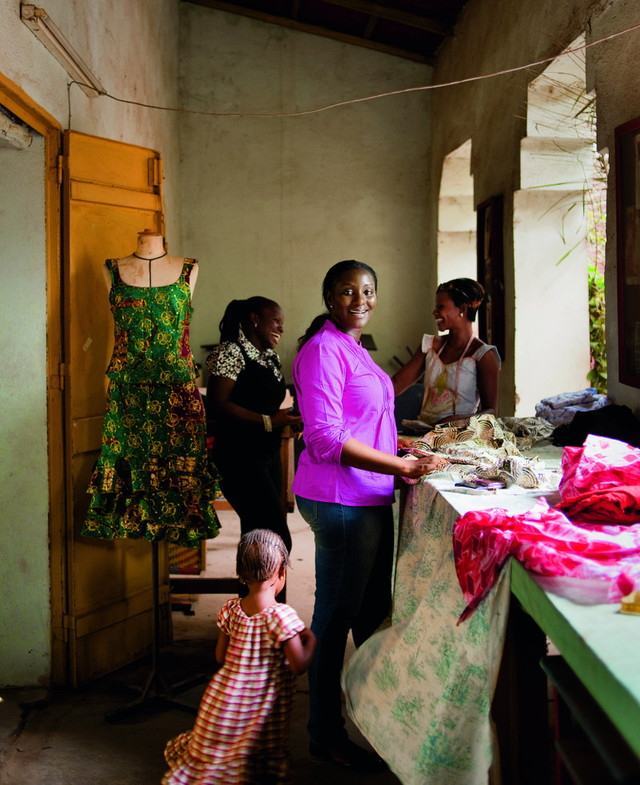 The media frenzy could not have been greater: the birth of Prince George of Cambridge cheered the British royal family and the public to equal degree. Yet, while the survival of the Windsor dynasty is ensured for now, others are faring less well.

The United Nations projects that world population may peak at around 10 billion near the middle of this century, up from the current 7 billion plus. It’s downhill from there.

Even in the poorest countries of Sub-Saharan Africa, where women give birth to an average of five children, fertility is declining, according to the UN World Population Prospects. The sheerest drop has been in Rwanda, where the number of babies born per mother fell from 8.1 in to 5.4.

The decrease in Sub-Saharan countries is surprising, since many women live in rural areas where contraceptives are unavailable, expensive or frowned upon. In addition, parents rely on children to support them in old age. Yet, even as child mortality sinks, fewer children are born all around.

WELCOME TO THE OLD WORLD

In the 42 countries with some of the highest GDP per capita, well-educated women are giving birth to 1.7 children or fewer

The outlook is bleakest in some of the most powerful economies. Europe, alongside Japan, China, South Korea, and Singapore will soon be the ‘Old World’ in the truest sense. Add Russia to that list. Levada Center findings published by the Christian Science Monitor in February indicate Russia’s population may decline from 143 million to 107 million by.

In all, in the 42 countries with some of the highest GDP per capita, well-educated women are giving birth to 1.7 children each, or fewer, starting from an already low benchmark. UN figures show fertility barely reached replacement rates (considered 2.1 children) as far back as in 60% of these countries.

In his paper The Low Fertility Trap Hypothesis, Wolfgang Lutz, director of the Vienna Institute of Demography, points out that birth rates are declining worldwide. Lutz put forward a theory that 1.5 children per woman is a ‘tipping point’ from which there would be no return to replacement level, as fewer potential mothers means fewer children in the future – even if fertility rises.

Lutz’s hypothesis was proved flawed by Joshua R. Goldstein et al. from the Max Planck Institute for Demographic Research in the paper The End of ‘Lowest-Low’ Fertility? The researchers point to reversals from a dramatic low fertility level of 0.77 in East Germany and a similar development in Italy.

+
An employee of Malian fashion designer Mimi Konaté at work. Konaté is a rarity in Mali: an independent and highly successful female entrepreneur. ©Laif
Konaté – she employs several relatives at her fashion label, based in Bamako, Mali’s capital. ©Laif">

WHY AREN’T WOMEN HAVING BABIES?

Nonetheless, the question remains: why do many women today refuse to have babies? Lutz suggests high consumption aspirations in times of economic uncertainty, marred by unemployment, temporary work and high housing costs may act as deterrents.

In Russia, life expectancy has actually declined. In, the average life expectancy at birth was 66.58 years. This had dropped to 64.88 years in, although it recently climbed again to 67.68. The problem is men. A yawning gap exists between women (75 years) and men (62 years). Alcohol, poor diet and collapsing healthcare are blamed. According to a article in The Lancet, alcohol abuse alone leads to an estimated 600,000 premature deaths each year.

Vladimir Putin’s government has seen some success in the fight against alcoholism. In, male life expectancy totaled a dismal 58 years.

Less hopeful is an initiative to coax overseas Russians to return home. According to a Levada Center survey released on Valentine’s Day, a mind-boggling 22% of Russians indicated that they intend to leave the motherland. The Ministry of Health in Moscow is even pondering a reintroduction of the Stalin-era ‘bachelor tax’ to shepherd spoiled playboys into family folds and perhaps increase the low fertility rate of 1.44.

Yet, a survey by the German Ministry of Family Affairs, Senior Citizens, Women and Youth paints a different picture. Although it costs up to €100,000 ($130,000) to raise a young German (Federal Office of Statistics,) financial considerations were rarely cited by respondents as a reason not to have children.

A closer look at the record-holder in the fertility drop gives some pointers to factors influencing fertility. In the United Arab Emirates (UAE), the number of children per woman fell from 6.6 in to 1.7. During that time, the country went from a sleepy backwater to a wealthy oil producer and financial service hub where far more women than men go to university (see ‘Breeding misconceptions’).

Are progress and prosperity to blame? In a study, Global Aging and the Crisis of the, Richard Jackson and Neil Howe of the Center of Strategic and International Studies found rapid modernization spells a rapid decline in fertility.

UNESCO statistics shed light on the issue. The wealthier a country, the better educated its population. More women than ever are studying – except for in high-fertility countries in Sub-Saharan Africa. Elsewhere, women are the majority among university students, and bear fewer children than previous generations – if they bear any at all (see ‘Celebrating the educated century’).

To earn a degree and gain a foothold in a profession they can eventually return to, women tend to postpone pregnancy. In the OECD, mothers on average gave birth for the first time in their late 20s, as compared with early 20s in, claims a report.

“I’m still young,” says recently married 29-year-old Anja Winkler, who is working her way up the management ladder in the German hospitality industry. She shares this feeling with many respondents to the survey by Germany’s Federal Ministry of Family Affairs, Senior Citizens, Women and Youth.

Fertility rates do not recover from this time deferral. Many of the best-educated women have no children at all. In Germany that figure reached 30.9% in, reports the Ministry. All the while the percentage of female academics among the population is rising.

In a micro-census among professional women, Martin Bujard from the Federal Institute of Demographic Research in Germany found 45.2% of managing directors were childless, followed by publicists (36.7%), social workers (36.2%) and bankers (32.2%).

In other parts of the world with low fertility rates, such as Singapore and China, the situation has become so dramatic that governments have set up single’s clubs for academics so that the demanding ladies can find a mate. A difficult task if the woman in question is a top-earning banker who was raised to marry up. To appease parents nagging for grandchildren, it’s been reported that a number of single Chinese women even rent ‘boyfriends’ for special holidays.

One of the problems with “insert prejudice here” is that they breed like rabbits. Or do they?

Australia’s retirement system often gets straight A’s in sustainability and adequacy. But the record is less convincing in the decumulation phase

Women worldwide are increasingly successful – and increasingly present – in the workforce. This has enormous repercussions for social development and economic growth