Migrant flows stronger than ever

An all-time high of 244 million migrants live outside their country of birth, according to the United Nations. Yet despite these inflows, many aging countries are shrinking, writes Barry Mirkin 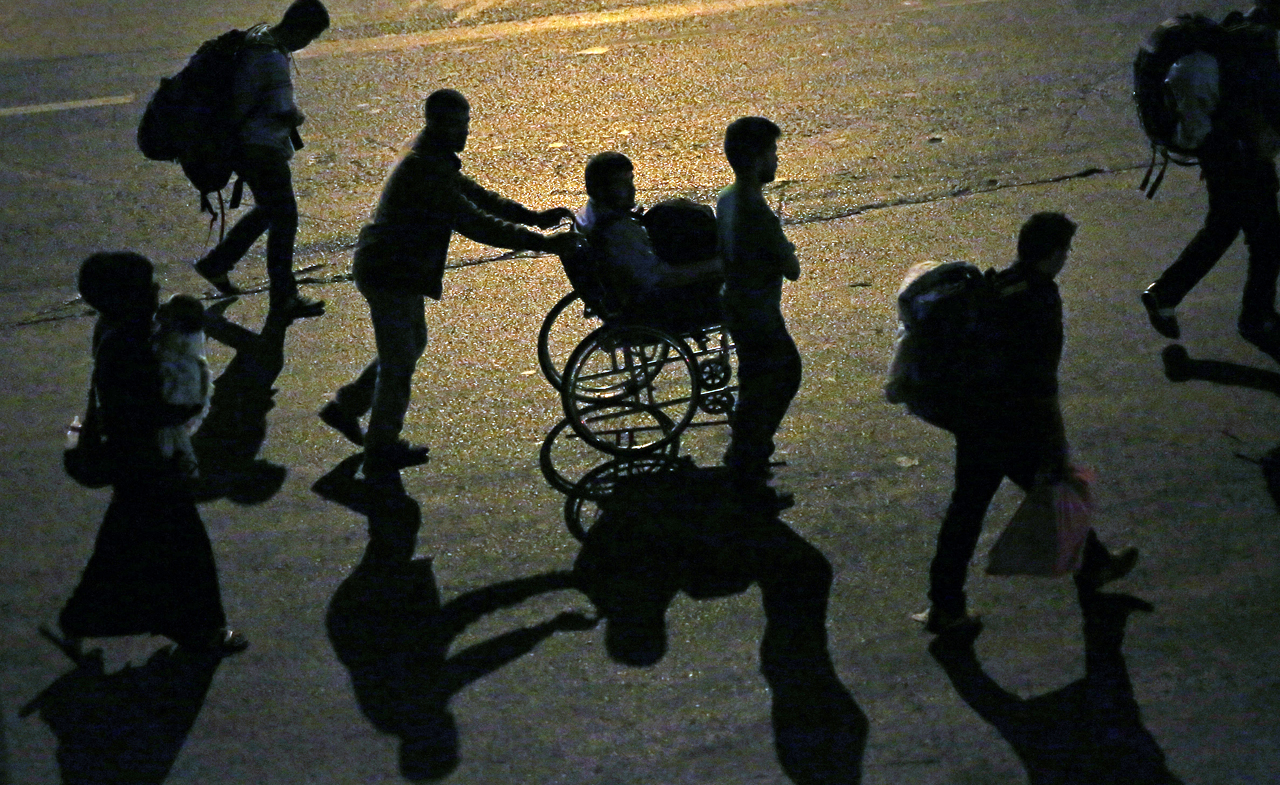 Migrant flows stronger than ever

An all-time high of 244 million migrants live outside their country of birth, according to the United Nations. Yet despite these inflows, many aging countries are shrinking, writes Barry Mirkin

Desperate to escape war or driven by the hopes of a better life, more than 1 million refugees and economic migrants, an unprecedented number, crossed the borders into Europe last year. Another 3800, a third of them children, died while crossing the Mediterranean in a vain attempt to reach Europe, making it the deadliest year on record for such deaths.

This rapid stream of humanity dominated Western news headlines, but it is only a small part of the migration story – both legal and illegal – that is taking place worldwide. The United Nations Population Division recently estimated that 244 million migrants or 3.3% of the world population live outside their country of birth, an all-time high and an increase of 22 million since.

The latest biennial estimates show where migrants are heading. The United States has welcomed the largest number by far (47 million), followed by Germany and Russia, distant seconds (12 million each) and Saudi Arabia in third place (10 million). Where are migrants coming from? India can claim to have the largest diaspora (16 million), followed by Mexico (12 million) and Russia (11 million).

Former chief of the population policy section of the United Nations Population Division, Mirkin retired. He has written studies on population and development policy, population aging, retirement and international migration. He now works as a consultant.

Destination countries accept selective immigration for a variety of reasons, including the need to fill the labor force, promote economic growth, maintain population size and reduce the pace of population aging. Many countries also encourage the immigration of highly-skilled professionals to fill jobs with chronic labor shortages, a policy known as “cherry-picking.”

Such policies can provoke heated debate on the costs and benefits of immigration. For example, migration is often seen as a solution to the aging populations of the west, but the United Nations found that international migration would be unable to compensate fully for expected population declines.

Between and, the excess of deaths over births in Europe is projected to be 63 million, while the number of international migrants is projected at 31 million. This implies Europe’s population will shrink by about 32 million. However, without immigration, the decline in population would be even more severe.

Often overlooked in such discussions are the benefits accruing to the migrants themselves and the countries from which they come. In, according to the World Bank, migrants sent home over $600 billion to families in their home countries, far exceeding official development assistance. India ($72 billion), China ($64 billion) and the Philippines ($30 billion) were the largest recipients of remittances.

In the Philippines, for example, successive government leaders have hailed those that send dollars, euros, riyals and other foreign currencies home as Heroes of the Republic. For decades, emigration has been vigorously promoted by Philippines governments to enable people both to leave for overseas and to send home remittances. An estimated 11 million Filipinos, 11% of the population now live abroad.

One of the main featured news stories of was the trauma surrounding the massive influx of refugees to Europe. Recent armed conflicts, discrimination and natural disasters have certainly increased the numbers of refugees with the United Nations High Commissioner for Refugees reporting that the global refugee total in exceeded the 20 million threshold (20.2 million) for the first time since.

Yet, European countries cannot maintain the burden that has fallen heavily or disproportionally upon them. Straddling Asia and Europe, Turkey hosts the world’s largest refugee population, some 2.5 million Syrians, placing enormous strains on the nation’s resources. Other countries struggling with substantial refugee populations include Iran (1 million), Jordan (0.7 million), Lebanon (1.2 million) and Pakistan (1.5 million). Since, 4.6 million people have fled the Syrian conflict.

European countries have responded to these unforeseen movements with a series of controversial measures to deter additional refugees. These include erecting razor-wire border fences, imposing national border controls, tightening asylum rules, seizing assets of refugees to pay their expenses and the deportations of rejected asylum seekers and noncitizens convicted of crimes.

Countries also aim to improve refugee screening, so as to reduce the number claiming false nationality. The issue of nationality is important because many Syrians and Iraqis are legally eligible for asylum, while those classified as fleeing poverty – rather than persecution are often not eligible.

Fueling these responses and calls for increased deportations is often frustration and disappointment with multiculturism and assimilation, which have contributed to anti-immigrant sentiments. National leaders and leaders of political parties have expressed serious doubts about the success of integration, especially for those who differ religiously and ethnically from their host communities.

Yet, based on the experience of earlier economic migrants, the International Monetary Fund concluded that as a result of the migration influx to Europe, the additional public expenditures in the short-run will produce a small positive impact on Gross Domestic Product in Germany, Sweden and Austria, the major destination countries.

Over the longer–term, depending on the speed and success of integrating refugees in the labor market, the increase in the labor force can have a more lasting impact on economic growth, if proper policies are pursued. A study by the French National Institute of Demographic Studies, as reported in The New York Times, addressed these issues and concluded that a majority of immigrants whose parents arrived in France after the second world war embrace their French identity. Less encouraging were findings that show that second-generation French are blocked by barriers to education, housing and employment that point to persistent discrimination against visible minorities, mainly those of African origin.

For several months now, the European Union (EU) has been divided over a German proposal to apportion migrants to countries based on their size and wealth. In early, the EU was weighing additional measures that include requiring Greece to seal its border from additional refugees.

In an agreement struck between the EU and Turkey in, asylum seekers who illegally enter Greece from Turkey will be returned to Turkey. In exchange the EU will resettle one Syrian from a camp in Turkey for each Syrian who took an irregular route to Greece. Migrants currently in Greece could eventually be moved to other parts of the European Union, if they qualify for asylum. The deal also calls for Turkey to receive some $6.6 billion to assist with refugees in Turkey. Also promised are visa-free travel for Turkish citizens in most of Europe by mid, if certain conditions are met, as well as the eventual resumption of negotiations with Turkey on EU membership.

Will this stop the flow of migrants into Europe? With no signs that the numbers of refugees are abating, substantial movements of migrants, both legal and illegal,  and refugees are likely and beyond. Governments, undoubtedly, will continue to debate options, while the public demands concrete actions.

How to become a migration superpower

Migration has the potential to shake the geopolitical balance of powers, writes Mark Leonard, as the example of Turkey illustrates

Could insect harvesting technologies and seed tech companies be the next best place to invest? Maybe so, given demographic shifts in Asia and Africa