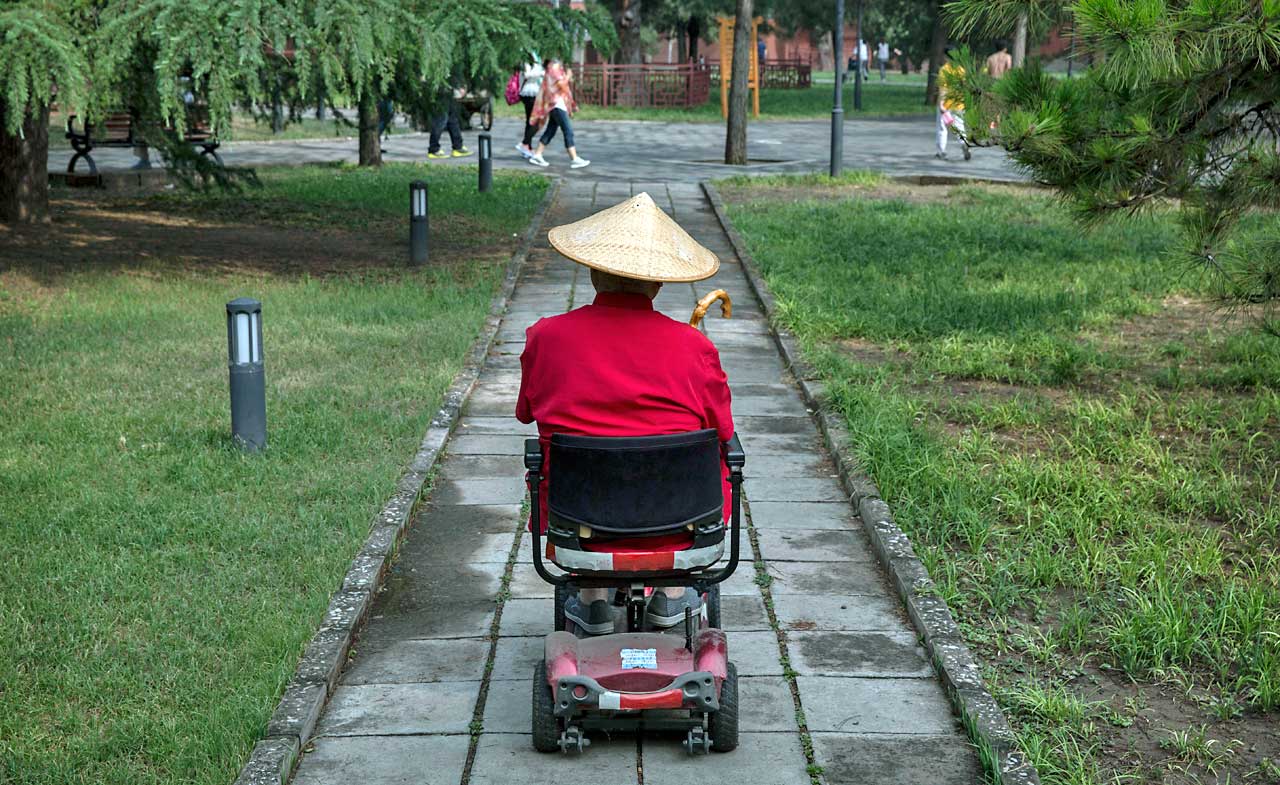 It may be a costly privilege to grow old in China, but that doesn’t stop population aging. By, more than a quarter of the country’s citizens will be over 65 and younger generations face an unprecedented burden of care. China’s old-age dependency ratio, the ratio of people over 65 to people of working age, is set to almost double to 25% by, according to the United Nations, much faster than the rate of aging for the world as a whole.

As people exit the workforce, this causes the working-age population to shrink. This is exacerbated by China’s long-time one-child policy, meaning fewer people of working age will struggle to finance the increasing social burden.

More than a year ago, China reversed its one-child policy so that families can have two children. But this still isn’t sufficient, says Pei-Jun Cheng, Allianz’ chief representative in Beijing. To keep population size constant, a society needs to maintain a fertility rate of slightly over two. In China, it would still take roughly 30 years for these children to make a contribution to the welfare of the elderly. Additionally, changing family values and high living costs in the cities make extended family less willing to care for its elders.

So what’s left in terms of old age support is an imbalanced pension system in need of reform, with low coverage and insufficient adequacy. “Existing pension assets may be insufficient to fund China’s public pension liabilities,” says Brigitte Miksa, head of Allianz’s retirement think tank International Pensions. Indeed, China ranks at the bottom of both the Allianz Retirement Income Adequacy index and the Pension Sustainability Index.

There is low coverage of formal pensions; low diffusion of complementary pensions; low replacement rate provided by public pensions and relatively high out of pockets health expenditures for the elderly. Average pension benefits simply aren’t keeping up with wage growth.

Conceptually, China has a three-pillar system, similar to Europe’s. In reality, most people have to depend on the first pillar, namely public pensions with contributions paid by employers, employees and non-working residents.

Yet even the first pillar is regionally fragmented. And coverage is low: Some 35% of the urban working population still wasn’t covered at the end of, says Cheng. In, the replacement rate was 45%, meaning that a retired employee in China could receive on average 45% of what he earns before retirement.

The second pillar, namely enterprise annuities, was introduced by the government to encourage people to save more for retirement. This, however, remains relatively small, with only around three million people, or 6.5% of urban employees, involved – small fry in a country as large as China.

The third pillar, meanwhile, namely commercial pension insurance, is yet to be established, with only 15-20% of leading employers offering any form of company pension and products currently don’t meet customer needs.

“The government needs to take the aging issue into consideration,” said Cheng. “We would expect more incentives for the second and third pillars.” Especially, since the central government announced that commercial insurance must play a vital role in the future reforms which until then was the sole task of the government.

However, where there are challenges, there are opportunities. Over the past years, the central government and the China Insurance Regulatory Commission (CIRC) have shown a firm resolution to reform each of the three pillars. The first pillar is set to benefit from higher coverage and adequacy, with a better established system and better operated public pension funds. Moreover, a focus on the development of the second and third pillars will include wider coverage of enterprise annuities and tax preference for commercial pension insurance to relieve the burden of public finance.

Several provincial pension funds have been entrusted to the National Council for Social Security Fund. In addition, more policies are being issued to alleviate aging pressure. For example, the Fujian province orders that paid leave of up to 10 days annually be guaranteed for employees who are the product of single-child families and who need to care for hospitalized older parents.

An attractive pension could also be used to lure employees in a country where competition for talented employees is tough. Financial rewards, including stock options and profit related bonuses are the most used and most effective tools to retain talent.

Much remains to be done.

As China transforms, a dramatically different economy is emerging, but it will still confront the same old demographic challenges

China’s enterprise annuity market is young but has lots of room for growth. Zhao Yue, who helped establish a pensions department in the Industrial and Commercial Bank of China (ICBC), talks about the challenges

Why do nations continue to fail?

The co-author of Why Nations Fail, Daron Acemoglu focuses on mankind’s biggest challenges